Wielding Authority to Change the World 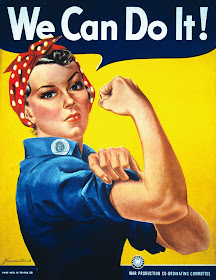 I have been reflecting on the changes going on in the and in the world. Those are both many and substantial.

But my thoughts focus not on what those changes are, but rather how we should respond to them.

Let us assume, for the sake of this conversation, that many of the changes are inappropriate, even evil, and should be opposed or reversed.

The question at hand is this: how shall we oppose the things we need to oppose. More specifically, what kind of power shall we exercise.

The question that appears to be neglected so often is this: what kind of power shall we wield as believers, to oppose the inappropriate or evil works in our land? Shall we exercise political power, or manipulation? Shall we wield the power of public opinion with petitions?

Let’s back up for just a moment, and ask a slightly more foundational question? What power has God given us? Or what kind of authority has he given us to exercise on his behalf?

In this whole conversation, I’d argue for these truths:

·         Some forms of power are simply not appropriate for sons and daughters of the Kingdom to use: deception and intimidation, for example.

·         The primary tool Jesus gave us was authority, which is not the same as power (that’s a topic for another article), and the authority he gave us is in the realm of the Spirit. Let’s acknowledge, however, that authority wielded in the spirit realm will manifest as changes in the physical realm.

·         Having said that, there are some believers (I emphasize: not all believers) who are specifically called by God to represent his Kingdom in the political realm. These brothers & sisters have the right to exercise authority in that realm.

My tentative conclusion, therefore, is this:  we as believers, when we see a political crisis (such as laws against Christians) or the exercise of violence (I think of ISIS or Hamas), we are not called to exercise the same force that is being used for evil. We are, instead, called to exercise authority in the spiritual realm, with the result of change in the natural realm.

This is the model of the New Testament.

When they experienced a political crisis (for example, Peter jailed, in Acts 12), their response was not to petition the government, and it was not a prison break); rather, they exercised spiritual authority in prayer, and angels were released to carry out the results of that authority in the natural realm.

The result was, ironically, a prison break of sorts, which was what the believers had been praying for, but also a testimony of supernatural power, which spread throughout both the church and the government.

And when they experienced violence (in the person of the Pharisee, Saul persecuting believers), they again went to prayer. In this case, Jesus himself appeared to Saul on the road (Acts 9), knocked Saul off his ass, and confronted his erroneous ways.

The result was a conversion, which stopped Saul’s “threats & murder” (Acts 9:1), which was what they were praying for, but it also resulted in arguably the greatest preacher of the gospel that has ever walked this planet: the apostle Paul.

I know that we have brothers and sisters who are called to exercise authority in the realms of political power, or of public opinion, or other forms of power. I contend that these are few, and are specifically called by God to those positions of authority.

It is time to wield the authority that God has given us – and by doing so, to lay down the power and authority of the world – in the spiritual realm on behalf of nations, and people groups and regions.

It’s time for us to walk away from the weapons of the flesh, and to pick up the weapons that God has given us, and with them, to change the world.