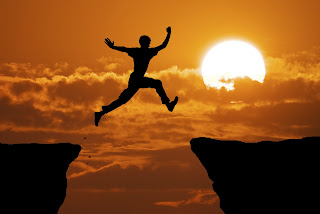 How Jesus & the Apostles used "Repent"

I really love listening to the Bible. I’ve been listening through the gospels recently.

And wouldn’t you know it? It got me thinking again! How *does* that keep happening? (I love Holy Spirit’s lessons!)

I’m aware that the word “repent” has been one of the stumbling blocks for a lot of folks, particularly for people who have been raised in church or in religious households. So I listen closely when that word comes up.

And it came up today. I perked up.

But first, a little background:

We have two different camps in the Western church for how to interpret the word.

The traditional view, particularly popular in Fundamentalist and Pentecostal circles, is the view that understands that repenting involves focusing on action. The focus is generally on repenting *from* something.

If I’m repenting in this view, you can tell by looking. There probably will be confession of sin. There certainly will be commitment to changing certain behaviors. And if I’m doing a really good job of it, there will probably be tears and maybe even snot.

This has become the western, cultural definition of the English word, “repent.”

But the word that the writers of the gospels used for “repent” is the Greek word “metanoeō.” (They didn’t actually speak English.)

The word “metanoeō,” though, doesn’t actually speak of sins or choices or tears.

Our word, “metanoeō” itself, literally means “to change one's mind” or “have a new thought.” Apple caught this idea really with their ad campaign “Think Differently.” Their goal was that people would repent from using Windows computers.

And so the more current understanding of the word “repent” is about “changing how I think,” and if I’m repenting in this view, you may or may not be able to see it happen. On the other hand, if you’re attentive, you can tell that it has happened, because I’ll be doing things differently.

And that’s where my thinking started today. Those are really different thoughts, and the folks who hold to those views hold them pretty passionately. There have been arguments.

I asked myself, How can I know beyond question which way that God thinks about repentance, because I really want my thinking to follow the paths that his thinking leads.

And I realized that when Jesus or the disciples used the word “Repent” in their preaching, that the context of that preaching would indicate what the word meant to them. I wanted to know what it meant to them.

I reflected on this. Rather a lot. All I need to do is “watch” them preach, and observe how they used the word. This might be easier than I thought.

If they held the first view of repentance, turning from sin and confessing, then that value would be part of their preaching. When they spoke of repenting, they’d talk about what to repent from, they’d emphasize changing behavior as the priority in their message, and they’d be pleased when people confessed their sins and wept. We’d be able to observe these things if this was their message.

But if their use of the word was about “changing your mind” or “thinking differently,” then their sermons would involve either words or actions that would help people to see things differently. They might explain what something means, or they might demonstrate new and different values, or they might contrast the way things are now with they way they used to be.

As you read the gospels and Acts, keep these thoughts in mind: besides using the word “repent,” what else is their sermon accomplishing?

The passage that triggered these thoughts is in Mark 6, as Jesus sends the boys out on their first missions trip. Then Mark says, “They went out and preached that people should repent. They drove out many demons and anointed many sick people with oil and healed them.”

Now all I needed to do was examine their behaviors and decide if they were focusing on the sin that people needed to walk away from, or if they were demonstrating a new way of thinking that these people hadn’t considered before.

I’m thinking that when the disciples used the word “repent,” they meant “Change how you’re thinking, or you’ll miss this Kingdom.”

Now the disclaimers for folks who have always understood “repent” as coming to the altar in tears, promising to stop sinning: Those are fine values. But they’re more likely to be the fruit of repentance than repentance itself.

And occasionally Jesus would say, “Go and sin no more.” But that was never the focus of his message. That seemed to me to be tagged on at the end, and it only happened sometimes. Not a priority.

I need to repent. I need to change how I see God.

For example: if I stop seeing God as a grumpy old man with judgment and smiting on his mind, and instead I see a loving Father who will pay any price, ANY price, in order to tell me he loves me, that absolutely will have an effect on my actions.

I’ll fall in love. And when I’m in love, I won’t want to do the stupid things that will endanger that love relationship. So I will no longer drink or smoke or chew or go out with girls who do, not because I’m adhering to a standard, not out of fear of judgment, but because that’s what love does.

I suggest that we look at the words and the actions of God – both New Testament and Old – as a loving God, who will do anything for his children, and give up on the grumpy judge, and see how that changes how you respond to God.

Let's preach this message: “You might need to change your thinking. God’s not like you thought. May I tell you what he’s really like? Here, let me show you!”