The OTHER Benefit of the New Covenant

Our history with God is a history of covenants. Covenants between God and mankind. This is how the mighty Creator King and the human species relate: through a covenant.

We do it too. We’re up-front about it with marriage covenants, and more subtle about other covenants. There is a powerful – unwritten – parenting covenant: violate that one and society takes your children away from you. 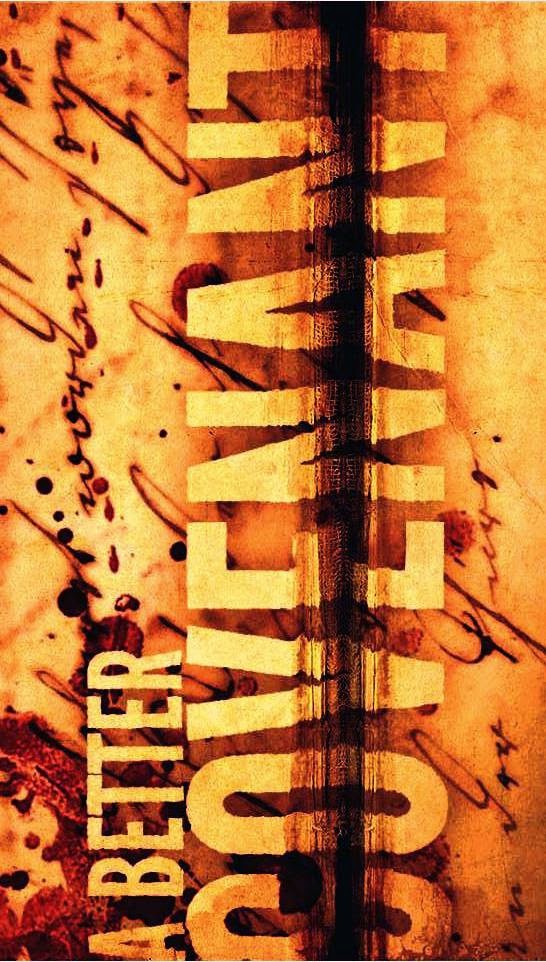 Now hold still, I’m going to talk directly about covenant for a minute. Necessarily, I will engage in willful oversimplification of some details in order to illustrate my point: the actual situation is much more complicated than this simple explanation.

A covenant is a “promise to engage in or refrain from a specified action.” Covenants are how people agree to relate to each other. Covenant is how God relates to humanity.

“Now therefore, if you will indeed obey My voice and keep My covenant, then you shall be a special treasure to Me above all people; for all the earth is Mine. ‘And you shall be to Me a kingdom of priests and a holy nation.’ These are the words which you shall speak to the children of .” (Exodus 19:6-7)

“Kingdom of priests and a holy nation”? Twice in the book of Revelation, we’re described as “kings and priests unto our God” (1:6 & 5:10). God was offering that relationship to the Israelites four thousand years ago? (Can you imagine what the world would be like if we hadn’t had the last four thousand years of legalistic bondage? But I digress.)

But the people who were offered this intimate “everybody is a priest” relationship with God reject that offer in the very next chapter.

In the re-telling of it, it's even more clear:

The people had rejected a “kingdom of priests” covenant, and propose a covenant that requires a priesthood, and is based on obedience. Neither the Levitical priesthood, nor an obey-the-rules covenant, was God’s idea!

And so the “everybody is a priest” covenant was put aside, and was replaced with a covenant based on the people’s obedience. Any covenant that’s based on obeying will necessarily have consequences for disobedience. Thus this is a covenant about blessings for obedience, and punishment (sometimes called “curses”) for disobeying.

Deuteronomy 28 functions as kind of a summary: You’ll be blessed when you obey, and you’ll be cursed (or punished) if you disobey. Verses 1 through 14 outline the blessings. The rest of the chapter talks about the punishment for disobeying, and it’s God that is charged with that punishment.

Frankly, that was a lousy covenant, it’s a poor substitute for God’s first proposal, but it’s a covenant! Even that poor replacement was better than no relationship at all between God and man!

And this covenant, proposed by fearful men, required that God punish (or “curse”) the people that he loves so very much, every time they disobey. (Seriously, go read Deuteronomy 29!)

Now let’s remember that there was a third party loose on the Earth, who was not a party to the covenant between God and man. Lucifer had already demonstrated his eagerness to accuse God at every opportunity (see Genesis 3:4-5). And he’s up to his old tricks here as well.

So every time the people disobeyed (and that happened so very often!) and God was required by the people’s busted-up covenant to punish them, Lucifer steps up to the microphone and declares, “Look how mean God is! Look how bloodthirsty he is! Look how angry God is!” completely ignoring the fact that God is merely complying with the conditions of the covenant that mankind offered him.

That’s a hot mess. I’ve oversimplified the story in this short article, but it’s easy to see the mess that the Old Covenant is: seriously, the only one who benefited from that debacle was Lucifer, and that’s not actually what we’re aiming for.

Now skip forward until Jesus is sitting in the Upper Room, where Jesus is offering – for the second time – a covenant of an “everybody is a priest” relationship between man and God: “For this is My blood of the new covenant, which is shed for many for the remission of sins.” (Matthew 26:28, Mark 14:24, Luke 22:20, 2 Corinthians 11:25.) But this time, the representatives (the twelve) accept the offer.

I still marvel at that cup, that biscuit. With that token meal, God removes us from the Old Covenant and makes us participants instead in the New Covenant (Hebrews 8:13 makes it clear: “In that He says, “A new covenant,” He has made the first obsolete.”). And this is a covenant whose sole commandment (John 13:34) is to love each other.

What an amazing relief that is: in a single moment, these guys are plucked from a covenant of “If you obey, I’ll bless you; if you disobey, I’ll punish you!” and dropped into a Covenant of Love.

The seminal New Covenant verse, John 3:16, says it beautifully: “For God so loved the world that He gave His only begotten Son, that whoever believes in Him should not perish but have everlasting life.” And if that wasn’t clear enough, verse 17 clarifies that the New Covenant is not about punishment: “For God did not send His Son into the world to condemn the world, but that the world through Him might be saved.” What a relief that is!

All that is amazing, spectacular, and otherwise completely awesome.

But it is also only half of the story. The Old Covenant is made obsolete, and we are released from its bondage, but we were not the only ones held in bondage by it.

When the Old Covenant was replaced by the New Covenant, humanity could give a great, corporate sigh of relief. We’re no longer under the law, but now we’re under grace, under love.

But the greater relief may not be ours. In the New Covenant, God is now free to love us with all that is in his heart, as he has longed to do since the day he said, “Let us make man in our own image.” (Genesis 1:26). God is now free from the Old Covenant, and he’s more excited about it than we are.

We are free. But more important, God Himself is free!

Thank you for sharing :)I'm so glad that God loves me!