Some Ways of God's Provision in the Desert

Point One: God has proven himself to be a skiled planner. If you look at the remarkable number (hundreds!) of advance plans (sometimes called prophecies) that he prepared in advance of his Messiah’s appearance on earth, details as far back as Genesis 3, you realize that God has some mad skills at planning ahead.

Point Two: God is good. That’s not negotiable. God is always (always!) in favor of his kids, always working for our good.

Point Three: In Exodus, God is pretty badass. His plagues confront the Egyptian “gods” and show them to be powerless. Then he leads a couple of million people out of slavery right on the schedule he had announced several centuries earlier.

And here’s where my ears seriously perk up.

God, the omniscient, omnipotent super-planner leads his people into the desert, famous for having neither food nor water. And what a surprise, the people have no water, no food.

Then they complained about not having water (Exodus 17), and in the midst of their whining, they asked for water (v2). And God gave them water. He used a pretty epic miracle (v6) to do it, too. 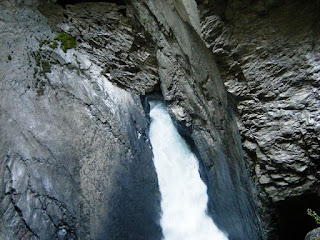 And in these ways he provided for his children for forty years in the desert. (Hint: read Exodus again. What epic stories!)

We’ve all heard sermons about their complaining, and how that irritated God and really frustrated their leader, Moses. Reasonable lessons to draw from these stories.

I was talking to God the other day as we were going through Exodus. “You’re so good at planning. Why did you lead them into the desert without food or water?”

And suddenly, my mind was taken back to The Magician’s Nephew, CS Lewis’s book about the beginning of Narnia. Polly and Digory were on a mission for Aslan, the Christ figure, and they were hungry:

“Well, I do think someone might have arranged about our meals,” said Digory.
“I’m sure Aslan would have, if you’d asked him,” said Fledge.
“Wouldn’t he know without being asked?” said Polly.
“I’ve no doubt he would,” said the Horse. “But I’ve a sort of idea he likes to be asked.”

And Father whispered to me, “I wanted them to ask me, so I could answer them.”

I realized that God was training them how to come to him to meet their needs: his goal is relationship, a relationship of trust.

Someone smart once said, “Without faith, it is impossible to please God.” God works on our behalf to teach us that faith, how to relate to him in faith.

The Ministry of the Winnowing Fork

John said of Jesus: “His winnowing fork is in his hand to clear his threshing floor and to gather the wheat into his barn, but he will burn up the chaff with unquenchable fire.” [Matthew 3] 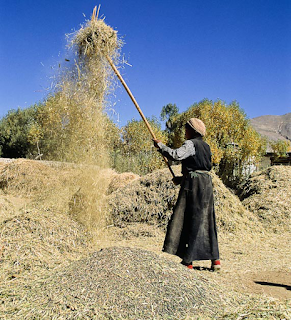 I used to think of this – I was taught to think of this – as a description of the judgment of people, the “turn or burn” kind of statement. It was often included in evangelistic threats... er... sermons. “Raise your hand or face unquenchable fire!” Ick.

I don’t think that way any more. I’m not saying there is no judgment of individuals; clearly there is (though we’ve misunderstood it most of the time).

But wheat is produce, it’s fruit. This is talking about what we produce, the fruit we bear. This isn’t Revelation 20, it’s 1Corinthians 3:12-15.

And one of the earliest and most foundational descriptions of Jesus is all about that: keeping the good, the nourishing, getting rid of the useless, the distraction.

And if I think about it, that’s the essence of Jesus’ first sermon: “Repent [change how you think], for the is within reach.” Get rid of the thinking that keeps the Kingdom out of reach. Hmm.

Invitation: if you feel like it, invite Jesus to point out chaff in your life, in your memories, in your values, in your ways of thinking. And invite him to take his winnowing fork to you, and to remove those things.

And trust him to do it kindly. Cuz that’s who he is.