There's so much you can learn when God pauses for a little interjection like this. 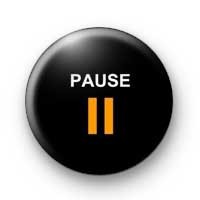 This is the first – and only – time that God says this. He never said “Say, let's make mountains.” Or “Let's make some stars” It was only when he made man, that he paused and said “Hey, let's do this. Let's make man.”

Thus far, God had created everything in the universe, except man. All the stars, all the planets, all the asteroids, all the strange things of space. He had already filled the Earth, with fish in the oceans, animals all over the land, green plants growing everywhere, a healthy weather system in place, to make sure it all kept going well.

And I suppose it's fair to say that when that omniscient Trinity of omnipotent being pause to think about something, that they do a really good job of thinking. I'll bet it's not a mystery to them, when they apply themselves to thinking about making man.

So he thinks about man, about the implications of creating Mankind.

And God looked further into the future.

I think what he saw might have broken his heart. After a long time of  naming animals and plants, of caring for the garden,  God watched Eve eat an apple from the tree they were instructed not to eat from, and share it with her husband, Adam. He knew he would need to send them out of the garden, lest they eat from the Tree of Life, and live forever in sin.

And still God looked down through the years of History. He saw Abraham and Sarah, and Isaac, and Jacob and his multitudes. He saw their years in , and he made a mental note to prepare a Moses.

And he kept looking. He saw David, and he saw a succession of Kings. And he saw the Dark Ages, Attila the Hun, Charlemagne, Napoleon, Hitler. Such pain. Such heartache. And God wept.

But then he saw you.

He observed your birth, he saw the squalling mess of your beginning. He watched you grow up.

And God fell in love with you. And in that moment, that God was thinking about what would happen if he created Adam and Eve, in that nanosecond of applied omniscience, God's thinking changed. The creator was now in love.

And because he was in love with you, he no longer had the option of NOT creating man. Because, you see, if he didn't create man, then you would never be born, and that was unthinkable, even by an omniscient thinker. He loved you, even then.

Before your remotest ancestor was created, God was already in love with you.

But that apple. That sin. That disease that would inhabit these humans. Something needed to be done about that sin.

And God said to himself, there's only the one option. I will take off my divinity, I will conceal my Godhood, and I will become one of them. And God said, but they will kill me. And he replied, That is true, but so what? Do you not agree? And God said Yes. We will become the lamb that is to be slain. We will take away, not just their sin, but their sinfulness. We will open again that bridge for relationship.

No, his death for us did not, will never, overcome our free will. But it will open the door. When God walks among us, now he can tell us of his love. Now he can show us what it's like in his family. Now we have a chance to join him.


That is the story of the Lamb slain from the foundation of the world. [Revelation 13:8] That was for you.
No comments: