Adversity as a Test

Chewing on these verses from Hebrews 3 today:

“So, as the Holy Spirit says: “Today, if you hear his voice, do not harden your hearts as you did in the rebellion, during the time of testing in the wilderness.”

The first time the word appears in Exodus is shortly after the people escaped Egypt into the wilderness:

“When they came to Marah, they could not drink its water because it was bitter. (That is why the place is called Marah.) So the people grumbled against Moses, saying, "What are we to drink?" Then Moses cried out to the LORD, and the LORD showed him a piece of wood. He threw it into the water, and the water became fit to drink. There the LORD issued a ruling and instruction for them and put them to the test."”
[Exodus 15:23-25]

The people needed something, and what they found on their own was not suitable to meet their need, so rather than ask God (or his designated leader at the time), they complained.

God calls it a test. It was a pattern they continued all the way from Egypt to the promised land: they had a need, so they whined, but God came through.

But it happened over and over and over. Every time they had a need, they could have looked to God who had already met every single need they had for escaping slavery and surviving in the wilderness, but they focused their attention on their needs instead. And they whined. 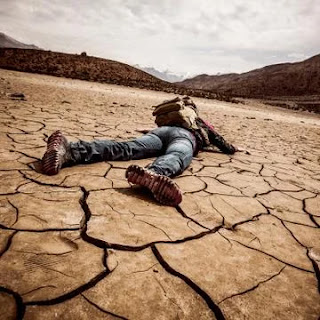 Hebrews interprets this whining as them hardening their hearts. They had the choice in the test: do we trust God, or do we harden our hearts and whine?

I admire God’s patience as the whiny people tested his patience. (Yes, Scripture is clear: they tested him, too.)

Then I realized that when I am faced with a need, that’s probably a test, too.

If God is my provider, he’s going to provide for my needs.

(Note that not every want qualifies as a need. God has not promised to provide for everything I want, just for my needs. I may need to discern the difference.)

So every time I encounter a need in my life, I’m faced with the same choice: do I use this as an opportunity to bring my need to my Father, which keeps my heart soft toward him?

Or do I look at my need, focus on my need, whine about my need, and harden my heart toward my Father who loves me, and who is using this as an opportunity for softening my heart?
No comments:

Fear As an Expression of the Imagination

Walking with Father recently, he brought up the subject of fear.

There are some things in the world where a healthy respect is appropriate. That’s not the issue here.

We as a species have the ability to imagine what might come about, and, if we want to, to fear that. The fear that begins with, “But what if….” is real.

That’s what Father brought to my attention this morning: the process of imagining what might happen, what things could maybe turn out like, even what surely will happen except for something trustworthy intervening. 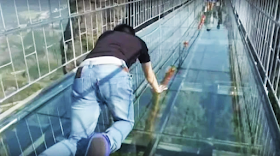 The picture he showed me a picture of a very high, transparent bridge. A man on the bridge had suddenly looked down and saw nothing between him and the river hundreds of feet below. He freaked out.

That fearful man didn’t have all the data, but he was responding at least an approximation of reasonably, based on the limited data that he had.

Then Father took a left turn.

“That man on the bridge was imagining what would happen if there really was nothing beneath him.”

I scratched my head and thought about it. We walked in silence for a while.

After a while, Father reminded me of my (not insubstantial) skills at imagining what may happen and responding to those imaginations with fear or regret. There are maybe a lot of us that are pretty good at that.

He kept turning left. “These people who imagine what might happen and respond with fear, these people have a powerful imagination. That’s a powerful gift.”

I confess that I haven’t had much patience for myself or for others when one or the other of us imagines a “what if” and responds in fear. That process has really irritated me, and sometimes I’ve responded in anger or frustration or legalism or some such.

But today, Father showed me the other side of that situation.

I’m going to have to reflect on this a fair bit. Now it’s time to learn to use that powerful tool for the kingdom.

Imagination is a tool. Use the tool for good.
No comments:

One of the coolest things about God is that he creates beauty in just about everything he does.

This is glorious. I think of it as God finger-painting on the sky. But he only does it in the most unpopulated part of the planet, in the middle of the night when nobody’s looking.

Even when there’s nobody there to appreciate it, he makes beauty.

But this is more than that. The Northern Lights were out recently.  These beautiful decorations in the sky are the evidence (yet again) of his tender care for those of us that inhabit this planet.

The light show we see from the ground is caused by 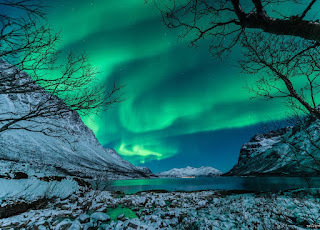 It’s this light we see when we look at the Northern Lights. It’s God protecting us from the explosive radiation of the sun. Mars doesn’t have a magnetic field, and that’s why Mars has almost no atmosphere. It doesn’t need protecting: people don’t live there.

But even here, as God safely detonates the plasma from the sun’s eruption, he does it with beauty.

God seems to be a big fan of beauty.