I had an interesting train of thought this morning in the … er… Library.

I have some plants and some starts that will go into the garden when the weather stabilizes (around here, that’s traditionally Mother’s Day). I had already brought many of those out of the greenhouse into what may actually be sunshine at some point in the day; it’s a good idea (in my view) to get plants ready for their new environment before I plant them there permanently. 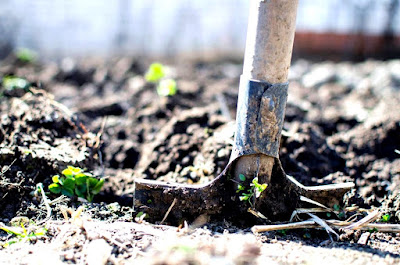 I’m really looking forward to the growing season. I’ve got a fair number of plants ready to go, the garden beds are ready to go. The soil has been turned and amended with fresh compost. The weeds are gone (except for one: I want to know what it will turn into), and I know where each plant will be going. I have a few seeds in the ground (mostly salad things), and I know where more will be going.

And Father ambushed me on that topic. “You keep your garden up-to-date, don’t you?” and he reminded me how I try to keep it weed free all year, how I add plants and fertilize plants and how I water it regularly.

“Yeah, I do. It is a better garden if I take care of it.” I’ve had gardens in the past that I haven’t taken care of very well. They had been overtaken by weeds and grass and their produce was small and scarce.

Then he shifted gears on me; he reminded me of the investment I make in my marriage. “A good marriage takes the same kind of work that a good garden does, doesn’t it?” He reminded me that a marriage needs fertilizer and needs weeds removed just as much as a garden does.

I am (we are) pretty intentional about keeping the relationship healthy. We talk things out, we regularly express our love with words and touches and time together and such. We have maintained a delightful discipline of taking date nights, just for our relationship, every week (or more often) for more than 30 years.

I reflected on the different joys that my marriage and my garden bring me.

“A relationship with me takes similar investment, you know. And it will bring you similar joy.”

He’s right, you know. (I say that kind of a lot. I’m not going to change that. He is. :) ) A relationship with another person – a marriage relationship, a friendship, a family relationship, a relationship with my creator – takes maintenance. Since we’d started with the metaphor of the garden, I’ll stick with it: it takes adding things (seeds, young plants, fertilizer, water) and taking things away (weeds, birds who want to dig up the seeds and eat the young fruits, cats who are thankful for a clean sandbox) to make the relationship thrive.

I think I’ll be meditating on this for a bit. How can I best invest into my relations with God and with the people around me?

Oh, we don't mean to. We think we are firing powerful weapons of war, kicking ass and taking names. 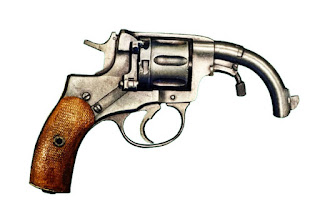 Jesus modeled for us a way to pray that was more about telling the situation how it needs to be, rather than about us whining at God to pleeeeease make it be that way. We are learning to command, to declare, rather than to ask politely. Or impolitely.

That much is good.

The problem is, so often we just fire blanks.

We read the Gospels oh, and we observe how Jesus did it. He said, Lazarus come forth! And Lazarus came forth. He said, I am willing, be cleansed. And the leper was instantly healed.

We look at the model of Jesus, and we make it our model. But we are only looking at part of the model that Jesus gave us. We're looking at his Harvest, not his labor.

I am a member of a few prayer groups. I am embarrassed to tell you how many times, in response to a really dire need, somebody pipes up, blithely commanding all demons to go to hell, smugly decreeing bones and skin and organs to line up, happily commanding this and that, and wrapping it all up with a grin of self-congratulation.

And of course very little actually changes. Nobody really expected it would. I think even that the enthusiastic intercessor himself didn't expect it. And why would he? We get so that we’re commanding everything nowadays, and nobody points out that it's not really changing much of anything. The emperor has no clothes on, but everyone is afraid to mention it.

Yeah, I know. I’ve overstated it in order to make a point. You know this goes on, at least some of the time.

I have been reflecting on how much of Jesus’ life is hidden from the casual reader of his biographies in the Gospels. I suspect that this is on purpose. If we really want to know the secrets, he wants to go find them for ourselves, to do the work of learning, to make the knowledge our own.

The gospels are quick to tell his hero testimonies, how he healed this person, raised that guy from the dead, all before lunch, and without raising a sweat.

That's the part that big, flashy, and easily captures our attention. But it's only the end of the story. We miss the beginning and the middle. And I think that if we don't follow all of Jesus’ example, the beginning, the middle, and the end, we will probably not have the results that Jesus had.

I have been involved in a lot of spiritual war. I have friends who have been in so much more than I have. Some of it has been successful; some has been less successful. Ultimately, I think that Winston Churchill may have had it right. War involves blood, sweat, toil, tears. And healing the sick, raising the dead, these are acts of War. It’s not a quick declaration of victory and move on.

And Jesus was always getting away with Father. Sure, we have our “quiet times,” and that’s a great starting point, but it seemed that Jesus spent all night in prayer sometimes. All night, getting to know what Father was doing and thinking.

In fact, there was one time he spent much of the night in prayer, and it was hard work. He sweat blood. We talk about that in the context of the Easter story, but as he said, “I have set you an example that you should do as I have done for you.” Paul kept up the theme. “These things happened to them as examples and were written down as warnings for us, on whom the culmination of the ages has come.”

I’m not saying that blood is the signifier of a solid prayer life. I’m saying there’s work involved, hard work, if we’re aspiring to declare with the kind of power that Jesus’ declarations had.

There is one more secret, I think, that we need to lay hold of. In John 5, Jesus revealed this secret: “Very truly I tell you, the Son can do nothing by himself; he can do only what he sees his Father doing, because whatever the Father does the Son also does.”

The last secret (for this moment) of Jesus’ amazing record was that he was only doing what he saw Father doing.

A whole lot of our failing comes from our making our declarations about things that are in our heart and mind that are not actually things that Father is doing. They may be things that we wish he was doing, things that we think he might want to do, or things that we ourselves want, and we’re maybe just putting God’s name on them.

That’s a whole lot different than seeing what God is doing, or seeing the situation - really seeing it! - in its completed state, and then telling reality to line up with that vision.

This is a hard one to ‘fess up to. But we kind of have to separate our desires from his, separate soul from spirit, as it were, in order to walk how Jesus walked.

I’m so thankful that we’re growing up into Him. We’re going to change the world. In him.