One of the most distasteful spirits is the Religious Entitlement spirit: it is the one that insists that everything we say or everything we write must be sanitized for the least mature person who might be listening. It’s the same Politically Correct spirit, but on Religion.

I don’t love this demon.

It’s why so many churches have replaced wine in Communion with grape juice: so that some recovering alcoholic doesn’t fall of the wagon during the Lord’s supper.

Here’s the problem: we’ve taken responsibility for that person’s sobriety away from them, and we’ve made it OUR responsibility: WE must avoid wine in order that THEY won’t stumble. And in the process, we’ve made a substitution in the instructions the Son of God gave, and required that every person in our midst must submit to this religious compromise!

And when we discuss the idea that Holy Spirit sometimes speaks about things that are not actually found in the pages of Scripture, we’ll get several people jumping up and railing against it, not because of what was said (that part is ignored, generally), but because someone might stumble and think less of The Bible.

The problem is the: we’ve taken responsibility for that person’s maturity away from them, and we’ve made it OUR responsibility: WE must avoid mature topics in order that THEY won’t stumble! And in the process, we’ve eliminated any controversial topics, or any topics where someone might disagree with me, from the curriculum: and we’ve required that every person in our midst must submit to this lowest, safest, common-denominator pablum.

In the pages of Holy Writ, these elementary, rookie-safe, simple (and often simplistic) teachings are called “milk.” By contrast, the teachings that we need to chew and digest for ourselves, teachings that stretch us and make us think are called “meat” in the King James, or “solid food” in the modern translations. The word is “τροφή” (“trophe”) and Vine’s Expository Dictionary defines it as “deeper subjects of the faith than that of elementary instruction.”

How in Heaven’s name will we learn to be “Overcomers” if we are never faced with something to overcome?

***We pause five seconds for the obligatory warning: Yes, scripture says to guard against causing a brother – an individual – to stumble *in*the*context*of*personal*relationships*. I’m not speaking of that.***

In the context of the whole community, Scripture is rather specific: focusing on milk is a failure. We must grow up. We must eat meat, too.

Paul, in 2Corinthians 3, rebukes the immature Corinthians pretty bluntly: “I gave you milk, not solid food, for you were not yet ready for it. Indeed, you are still not ready. You are still worldly.” Note that those who still need milk: well it’s the apostle Paul’s judgment that they are worldly. Apparently (and this is an inference), the way to get beyond worldliness is to teach people how to eat meat and then to give them meat to eat.

Hebrews 5 emphasizes it this way: “In fact, though by this time you ought to be teachers, you need someone to teach you the elementary truths of God’s word all over again. You need milk, not solid food!” and follows up with “Therefore let us leave the elementary doctrine of Christ and go on to maturity.”

Except in the case of the child who still poops in their diapers, it is never in anyone’s best interests for others to take responsibility for their choices. And in truth, it is never in anyone’s best interests to condemn an immature person to pooping in their diapers for the rest of their lives. Bigger and better diapers are not actually the goal of the Body of Christ.

When we take responsibility for others (“We can’t say that; someone immature might misunderstand!”), we’re condemning immature believers to immaturity! Their immaturity becomes OUR fault, and I suspect we will be required to give answer for it, when we get to that Day. Yikes. 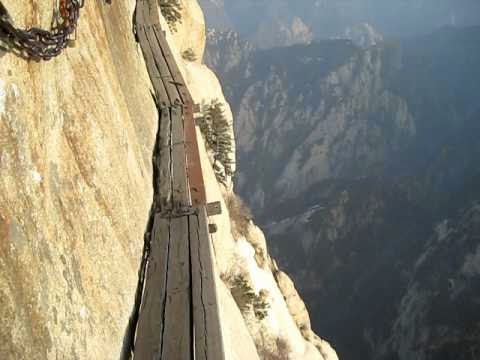 Brothers and sisters, the Word of God is calling us beyond the safe “milk” topics. I intend to go there as I hear my Father bringing those topics up.

That’s why you need to train yourself to distinguish good from evil: it’s YOUR job, not mine.

If you don’t want to hear these things, I invite you to go somewhere safe. This place will not be safe for you. If you need to be protected from ever being offended, I suggest you to unfriend me now, and find safer paths to travel. I make no promise of this being a safe place.

If you want to train yourselves to distinguish good from evil, feel free to join in the conversation here. I will never steer us in an unsafe direction on purpose, but I’ll bet you a shiny silver dime that I won’t get it right every single time. And there will be topics that come up here that are often not sanitized for immature minds. Occasionally, I will state opinions (sometimes intentionally) that will not pass the religious censors’ strict standards.

But it’s the less-safe paths that lead to the really interesting destinations anyway.

brought this to the Light really well. it is a great comparison.