Reflections on Some Influencers

I was reflecting on some of the guys who have influenced my life in God over the years. None of these guys had a position of “leader,” but all three of them were competent leaders.

I knew a man who studied God, and God’s ways, for decades. He could put all kinds of letters after his name, including DMin, and PhD. He understood the Bible better than anybody else I knew at the time.

When I listened to him, I thought, “What a learned man. What a great foundation! I need a foundation like that.” 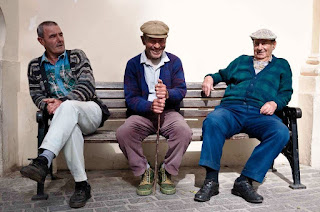 I knew another man who didn’t have a degree, but had spent a couple of under-funded decades among a people who didn’t even know who God was: teaching some, discipling a few, and desperately depending on God every day, for his meals, for his ministry, for his family’s lives.

When I listened to him, my heart melted. I prayed earnestly, “Father, I want to know you like this man knows you!”

I knew another man who came from the streets, and even that was just recently. He had not the slightest shred of education, and it showed. But he spent hours, many hours, just sitting in God’s presence, listening to his heartbeat, talking with him about what was on his heart.

But when he talked, he blew my mind. He healed the sick regularly, got words of knowledge effortlessly, and unbelievers listened carefully when he talked about his Jesus.

When I listened to him, I thought, “Father, is this really possible? Can your children walk in this kind of revelation, this kind of power, in this day and age?”

I learned some things in this reflection.

• I really do love meditating on the things God has done in my world, in my life. The angel in Revelation 19 was right: the testimony of Jesus, who he is, what he's done, really is the spirit of prophecy. Mmm mmm. So good.

• Different people have imparted different strengths into my life. If I only listened to people like me, I would certainly not be who I am today. Since both my wife and I like who I am today, this would be a bad thing.

• Even people that make me uncomfortable can have a great impact on my life, provided I’m willing to learn. It's that "willing" part that I wrestle with sometimes.

• It’s not enough to know ABOUT God. I must know God. And there’s more to know than I have any idea, even now. What a big heart!

• It’s not enough to know God. I must also know ABOUT God if I aspire to trust him, to be like him. And again, there’s more to know about him than I even believe is possible.

• When God invests himself into a person, he doesn’t necessarily make that person tidy, neat, clean, respectable. My ideas for what a “Good Christian” is were woefully inadequate, which means they are probably still woefully inadequate today. (Yet again I am reminded: He is NOT a tame lion.)