The Power of Glory

How well do you understand the concept of glory? Yeah, me neither. I have an idea, a pretty good feel for it, but if you pressed me on it, I couldn’t define or explain glory. I needed to fix that.

The easy part is looking up the word “glory” in my lexicon. The dictionary described glory as “being worthy of high honor;” The Old Testament word chabod (or kabad) includes the concept “weighty.”

That reminded me of a line in Jurassic Park: “Is it heavy? Then it’s expensive, put it back!” Weight is associated with things of value. Like gold. Like the presence of God. And maybe, like Jurassic Park, glory is a little bit scary.
OK, the Glory of God is about Him being worthy of high honor, and there is an aspect of weightiness (like gold, or like high-tech devices) to Him. Since there have been times when I’ve felt His presence like a heavy blanket on me, that made sense, particularly since it was accompanied by a sense of awe.
But there’s a verse that didn’t settle well with me: I’ve usually heard Isaiah 42:8 (where God says, “I will not give my glory to another…”) taught as “God is the only one with Glory.” The logical extension is that I need to be really careful to never think highly of myself or of what I do. I hear important religious people end their prayers, “…and we’ll be careful to give you all the glory…” or I hear folks saying, when complemented, “It’s just !” in their holiest voices.
I see the correlation, but it somehow triggered a gag reflex in me when I heard it: there’s something completely wrong with that viewpoint that says we’re nothing but lowly clay pots, and if anybody looks good, it had better be Him; if we think there’s good in us, we’d better repent.
I ran into some verses that didn’t set well with that point of view:
Romans 3:23 is one of the most quoted verses in the Book: “For all have sinned and fallen short of the glory of God.” What is it that we’ve fallen short of? Have we fallen short of discipline? Or humility? Have we failed to attain the holiness of God? No, it’s falling short of glory that is the thing that God’s complaining about in this verse. 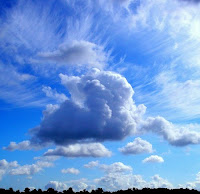 1 Corinthians 2:7 tells how the wisdom of God was “ordained before the ages for our glory.” Wait: He, in His wisdom, planned for our glory?
And what about 1John 4:17: “…as [] is, so are we in this world”? Isn’t He in the midst of the glory of Heaven, seated at the right hand of the Father, ruling the Kingdom of God by intercession? And I am to be like that in this world? I’d always thought that I needed to be like He was: dusty feet, teaching, healing, suffering; but the Word is clear: “…as He is…” (Wait, I’m seated with Him? That’s a whole other magnitude of “whoa!”, but that’s another conversation.)
So you and I were made for glory.
I figure there are three kinds of glory:
1) The glory of God. (See Psalm 24:8, Isaiah 6:3, and Revelation 21:23 if you’re taking notes.)
2) The glory that ambitious men and women take for themselves. I think this is often called “the boastful pride of life” and it’s not particularly a good thing. I don’t know anybody that wants to model their lives after these fools.
3) There is a glory that is for me. It’s not the same as taking glory for myself, but just because there is an illegitimate glory, it doesn’t necessarily mean that there is not also a legitimate glory.
I looked more closely at that verse in Isaiah where God won’t give His glory to another. It’s all about false gods: He won’t give his glory to false gods, to idols and (as we’re taught in the NT) demons. That doesn’t mean He won’t share it with His kids, nor that He hasn’t planned a glory for us that might be different than His. 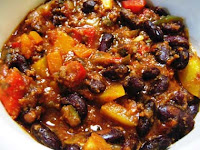 Have you ever heard about the substitute judge in the Texas Chili Cookoff? Two judges were familiar enough with hot chili to be able to appreciate the flavor, but the rookie was completely overwhelmed by the heat.
I figure that we need to be like that with glory: we need to become familiar enough with the glory of God that we’re not helpless when it shows up, strong enough to stand up under it and be useful.
My friend Mike has a hot sauce made from chili peppers that’s more of a paint remover than a seasoning: at nearly a million Scoville Units, even a toothpick dipped in the sauce and dried off will still make grown men cry. 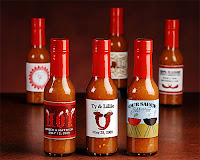 By contrast, my friend Pat makes a chili sauce that is still hot, but the flavor has been moderated: her sauce is not about fire in the mouth, it’s about the flavor of the peppers, and I really enjoy it with crackers and cream cheese.
I think this is another way we need to relate to glory. The glory of God is so powerful that whenever even an angelic messenger of His shows up, they often have to begin the conversation with, “Don’t be afraid!” If the people of God freak out until the angels gives us the grace to not be afraid, then how will the world react? It’s like ’s sauce: just the memory of that much of God is hard to handle.
I see our job is to be like : we take the glory of God, we live in it, and in Him, we pick up a glory that is appropriate for us, and we present it to the world in a milder version. We’re like coming down from the mountain with the glow-in-the-dark face, or like someone climbing out of the swimming pool fully clothed: we splash the glory of God all over, but it’s not as powerful. We clothe God’s glory in flesh and blood that the world can relate to.
Think with me for a minute: when God’s glorious presence shows up in our community, what will happen? Sinners will repent, saints will fall more in love, society will change, people will be healed, demons will flee. Frankly it will be really cool.

If God is the only one who gets to be clothed in glory, then I can sit back and look forward to that day. But if I am designed to carry glory – whether His glory or my own – then these things should happen when I show up as well. Wherever I go, the glory of God goes. Wherever I go, the results of glory should show up: people should be changed, goodness should replace evil.

So here’s the bottom line commission: go forth and splash the glory of God! Go leak glory! Everywhere you go!