Offense at God Stops the Promises 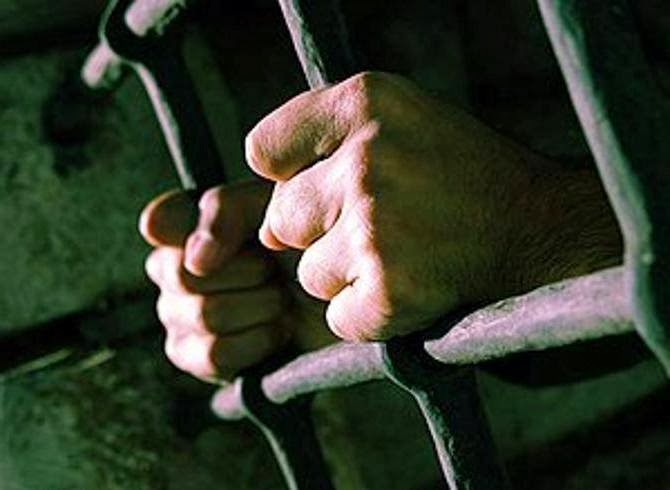 John the Baptist was aware, perhaps more than most people, that Jesus’ mandate (in Luke 4) included the anointing “To proclaim liberty to the captive...”.

But by Luke 7, John was himself a captive, a political prisoner rotting in a Roman jail, who presumably wanted his freedom. So he sent some boys ’round to ask Jesus, “Are You the Coming One, or do we look for another?”

Jesus let them watch his ministry for a while, and then replied, “Go and tell John the things you have seen and heard: that the blind see, the lame walk, the lepers are cleansed, the deaf hear, the dead are raised, the poor have the gospel preached to them.” In other words, “Yeah, I’m the one.”

And then he adds the kicker. He says to tell John, “And blessed is he who is not offended because of Me.”

And then Jesus goes on for fourteen verses – this is a pretty long speech for Him – who John is and why he’s awesome. “…there is not a greater prophet than John the Baptist.” That’s pretty high praise from the Incarnate Son of God.

One of the greatest offenses we can ever experience is “Why does it happen to them, but not for me?” It’s not hard to get discouraged in those circumstances. It’s hard NOT to be offended. John was offended: Jesus’ cousin, and the prophet sent to announce him. If the greatest prophet in the world got offended, it’s possible that it happens to more people than admit of it.

It’s hard not to see someone else get healed of something that you’ve been asking for healing of. It’s difficult not to be jealous when someone else gets the financial breakthrough that you need so desperately.

And it’s almost impossible (almost – but not quite) to not be offended when the promises that God has declared for you sit there, unfulfilled, despite your best efforts, despite your faithfulness, despite the fact that you have personally prepared the way for that other person that got the fulfillment of YOUR prophecy!

And then he adds the kicker. He says to us, “And blessed is he who is not offended because of Me.” Our blessing comes from avoiding that offense.

Said another way, being offended hinders our being blessed. One of the greatest hindrances to my promises being fulfilled is when I’m jealous of others’ blessings.

If my reaction to someone else getting a large amount of cash is to wish that it happened to me, then I am, by that offense, hindering God’s blessing in my own life.

If my response to your newfound ministry is to wish that it had come to me (“instead of to you,” or “as well as to you,” it doesn’t matter), then I’m hindering my own release. I’m demonstrating that I cannot yet “rejoice with those who rejoice, and weep with those who weep” (Romans 12:15), and therefore I’m not yet ready to be trusted with that blessing.

If I can rejoice with others, weep with others, without thinking of myself before I think of them, then I’m getting past being offended with Him.

Lord, I confess. I want to be happy for those whom You have blessed. Jesus, I need Your heart attitude. In Jesus' name amen, amen and amen