Prophets, Angels and the Son of God

The author of the Book of Hebrews starts his book out with a bang:

“In the past God spoke to our ancestors through the prophets at many times and in various ways, but in these last days he has spoken to us by his Son, whom he appointed heir of all things, and through whom also he made the universe. The Son is the radiance of God’s glory and the exact representation of his being, sustaining all things by his powerful word. After he had provided purification for sins, he sat down at the right hand of the Majesty in heaven. So he became as much superior to the angels as the name he has inherited is superior to theirs.” - Hebrews 1:1-4

I was listening to Hebrews again today, and I was really struck by this passage. The whole first part of the book is all about how Jesus is so much superior.

In these few sentences, he hits a single topic from a couple of directions that are worth paying attention to, particularly for people like you and me.

This has application two ways:

There are a lot of believers whose opinions about who God is and what God wants are influenced pretty heavily by Jeremiah and Ezekiel and the rest of the Old Testament. That is a legitimate representation of God, but it is an inferior representation or revelation of him. The Bible says so (right here, in this passage)!

But second, I believe the principle applies to modern day prophets as well (and you know I love the prophetic movement!): the revelation of God and of his heart from today’s prophets is substantially more complete than the revelation of ’Miah and ’Zeke, but it’s still vastly inferior to the revelation that is in Jesus. 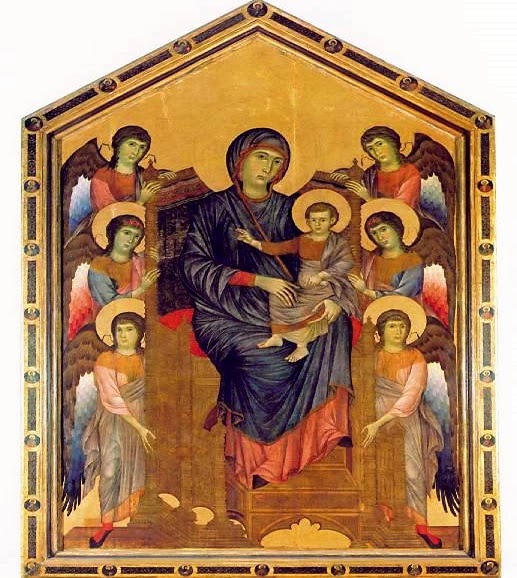 This is one of the (several) reasons that I try to discourage people from asking every prophetic person they know for a prophetic word: prophecy is good (1Corinthians says it’s the most profitable of the revelatory gifts), but it’s still an inferior revelation to that which you can get just by visiting with the Son of God who lives in you!

The second part of this passage carries that a step further: Jesus is also hugely superior to the angels.

This is a day when God really is unfolding revelation about angels and inviting us to partner with them. But the Word reminds us (right here) that the work of the angels, while still valuable, is an inferior work to the work of the Son of God.

If you continue on in Hebrews, the author will point out that just as the artist is superior to the work of art he creates, just as the heir of the estate is of higher stature than the stable boys of the estate (my paraphrase), so the Son of God also a better revelation of God’s nature than his servants, either prophet or angel or any other servant.

It doesn’t hurt that this Son also happens to be the creator of the universe and the “exact representation” of God. I think that makes his job easier.

Yes, it really does all boil down to Jesus, doesn’t it? It really is all about Him!