I’m going to address some very controversial topics today. If you have trouble with God moving outside your comfort zone, you may not want to read this article. I’m serious: be careful! This may push your buttons.

The Bible is clear, Old Testament and New: homosexual behavior is sinful behavior. Since we’re talking about Christians, we could go on about how there are loads of sins that we overlook in the church, while we call out certain others, but that hypocrisy is another topic for another day.

One day, years ago, I was with a small group, praying for some folks we knew that were stuck in homosexuality. It was one of those prayer gatherings where you just know that God is hearing your prayers, even as he’s helping to shape them and encourage us in them. 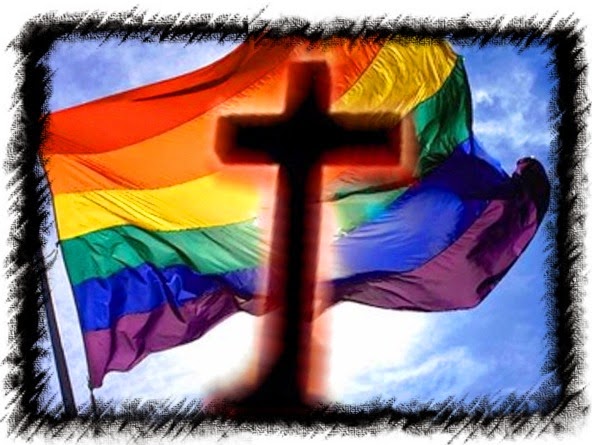 In the midst of that, I had a vision: tens of thousands of people in the homosexual community were encountering Jesus. It was a huge movement, and God was in their midst. They were worshiping powerfully, and God was delighting in their praise. There were signs and wonders. Many were in tears, some because of His love, some because of their sin, but it wasn’t always the sin I had my own eyes on that they were convicted of. It was a genuine revival.

I began to praise God for that revival, for the many sons and daughters that were coming back to their Father, and as I did, the vision became even more real: I was in their midst as they were worshiping God.

And then I realized: they weren’t – most of them weren’t – leaving their culture. Nearly all of them stayed in the homosexual community, and a very large number of them didn’t appear to repent of their homosexual ways.

I began to react to that: That's not right, I said in my mind. Father began to gently instruct me in this vision:

1)         When he calls people to himself, he does not call them to leave their culture. American Church Culture is not our goal. Relationship with Jesus is the goal. Hmm. OK. That’s true enough.

2)         When he finally got ahold of my life (after a longer fight than it should have been), I was not sin-free. There were several sins that he took decades to put his finger on. In fact, He said, There are some things I haven’t pointed out to you even yet. Yikes.

But it’s true. If he didn’t point out– and by pointing out, give me grace to deal with – some of my sins for decades, why should I expect him to be less patient with other sons and daughters?

3)         And son, he said so very gently: these are my children, not yours. I am their Father, you are not. I am capable of raising My own children without your getting in their way.

Since that experience, I’ve received a few reports that it’s beginning to happen, that substantial numbers of people inside the LGBT community are discovering the Lover of their Souls!

I have received credible testimony from different people in different streams that tell me about the revival that is going on among the homosexual population. (At their request, and for their safety, I will not be releasing their identities. Some people do not respond well when God moves outside their box.)

These people have been among gatherings of gay believers – we might call them church meetings or conferences – where the worship is powerful, where the Holy Spirit is present, where signs and wonders are in abundance, where Jesus is lifted up high. They have recognized God’s favor on the gatherings, and experienced His delight in them.

I have met believers who are homosexuals. Some appear to be your basic, timid churchgoers, some flaming transsexuals proclaiming the gospel to their community. Some are content with their homosexuality; some want out but don’t know how; some are proud of their status, though these seem to be the ones who’ve taken the brunt of the church’s accusations.

I’ve said all this to arrive at this conclusion: God is moving powerfully in ways that we never expected. And hold on to your hats, because he has more than this that he’s going to do.

Let’s love one another, as Jesus commanded us, shall we? And let's trust our good Father to raise His children well.

Great article; very helpful. I have a friend from high school who's transgendered and, sadly, it's been difficult for me to just be myself around him and treat him the same as before he made the change. Jesus has used this post to remind me that my responsibility is simply to love my friend (not try to figure him out) and leave it to Him to raise my friend as His beloved child. Thanks again for this post. Really enjoy your blog.

Wow. Amen, and thank you. God led me to begin praying and pleading with Him for an outpouring of His spirit in awakening and revival in the gay community over a year ago. I've been praying for an awakening that is so massive that it would be one of the greatest outpourings of God's spirit that has been seen in the history of the church, that bars and dance halls would be closed down because so many have turned to Christ, that such masses turn to Christ that the news media begin picking up the story, that salvations are so prevalent in the gay community that when someone says they are gay, it is automatically assumed that they have given their life to Christ. I see gay men and women reaching their community and being pivotal in the completion of the Great Commission. It's coming. There is a storm cloud building on the horizon. God is hearing our prayers and is about to move in a mighty way.

I chose to follow Christ at an early age. He chose for me to be gay. I've always wondered why God would screw up my perfect world. It's for the sake of the men and women who have been pushed away. It's for the sake of the gospel. The truth is, the church isn't overly excited about taking the gospel to people they'd rather not see "polluting their heaven" so it's going to take gay believers who have endured much to take the message to the broken. We have such work to do and it's coming. Laborers, where are you? You're needed. Come help us. The need is great. The harvest of souls is going to be great.

Stewart
Ramsay ... would you pm me pls?
https://www.facebook.com/Baby.Say.So

The bible is also clear on stoning people who pick up kindling on Saturday. You end up buffet-selecting what is still worth judging and what is not. Jesus makes stronger statements about divorce and remarriage than he does about homosexuality. There is no getting around that. This self-righteous pronouncing falls right into where Jesus was most critical. Most of his references to outer darkness were addressed to those who used code and legalism as a pry bar. The need to focus on Christo-centric authority is paramount. Jesus corrects and edits the many errant notions that were handed down from rabbinical law. God died on the cross reconciling the world.

I'm not gay... But... I'm a rainbow loving creative and 100% on your team! I wouldn't say God *made* you gay, but *allowed* it for that reason. I've often thought the same thing of other gay Christian friends. And of the revelation written about here without seeing the vision that inspired it.

Remember what Jesus said about the healthy not needing a doctor, but the sick. It's a fallen world and we all need a doctor! Not judgmental hypocrites who delude themselves that they're well!