The Law Of The Spirit Of Life In Christ Jesus Has Made Me Free From The Law Of Sin And Death.

In the New Testament times, the biggest threat to the New Covenant was “The Circumcision Party,” also known as the Judaizers. They were trying to drag New Covenant believers back into the bondage of the Old Covenant Law. 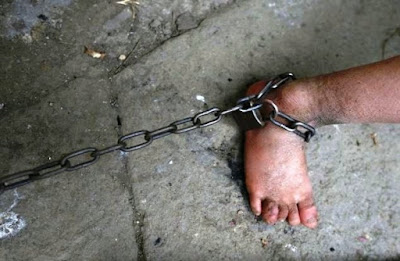 There are people all over social media, in every congregation, working to drag free believers back into bondage to the Law. Sometimes they’re aware that they’re bringing people under the bondage of the Law, but most of the time, they’re not aware that they’re being a tool for bondage: they’re just excited about things that they can DO that the Bible described as once being about being part of a covenant with God. They’re excited about their works.

Nowadays it’s not so much about circumcision. These days, the Judaizers appear to be most often focusing on the Old Covenant dietary laws, or Old Covenant holidays. “Keep the Father’s commands!” they say. “Jesus followed these laws!” they say.

They conveniently miss the fact that the Old Covenant was still in play when Jesus walked the earth. So yeah, he mostly followed those laws. The New Covenant wasn’t in place until his Resurrection, and the Old Covenant was completely annihilated in the Destruction of Jerusalem in 70AD (as the Bible foretold).

But the application of the word “Torah” is “Old Covenant Law.” They say, “This isn’t a ‘Law.’ It’s just how God wants us to live.” 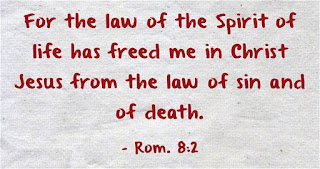 But this is the very thing that Paul preached against over and over again: the attempt to bring free New Covenant believers under the bondage of the Old Covenant Law. It’s been the same with the Pharisees in Jesus’ day and in Paul’s day and in our day.

And when people teach, “Following these “teachings, instructions” will make God happy with you,” or “...will get you closer to God,” they’re replacing the grace of God with the works of man. They’re teaching a very literal anti-Christ doctrine. This IS the Anti-Christ spirit that the New Testament warns believers against. These are the ones about whom Paul writes, “I wish those who are disturbing you might also get themselves castrated!”

Let’s say it clearly: Anyone who teaches that keeping this bit of the Old Covenant Law will please God is, by definition, teaching that your works are what pleases God. But Scripture teaches that it’s Jesus’ works, not yours or mine, that connect us with God.

So when someone pressures you to not eat bacon because it’s against Father’s commands, whether intentionally or not, then they’re working to drag you away from your freedom in Christ and back into the bondage of legalism, of the Law of a dead covenant. If you don’t want to eat bacon, don’t eat bacon. But don’t do it to please God. That’s rubbish.

So when someone encourages you to celebrate an Old Covenant holiday because that’s a thing that God wants us to do, then whether intentionally or not, they’re working to drag you away from your freedom in Christ and back into the bondage of legalism, of the Law of a dead covenant. If you want more excuses to celebrate, then have a grand time. But don’t do it because it was part of the Law. That’s a dead-end road.

So when someone declares tattoos to be ungodly because it’s against Father’s commands, then whether intentionally or not, they’re working to drag you away from your freedom in Christ and back into the bondage of legalism, of the Law of a dead covenant. If you don’t like tattoos, that’s fine. But don’t hold up “Leviticus says so!” as a reason.