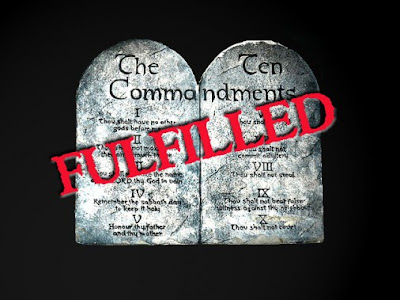 So anyone who names the name of Christ is not under the Old Covenant, and not obligated – not even a smidgeon – to the terms and conditions of that obsolete covenant. We share in a New Covenant, and no man can serve two masters. Don’t try.