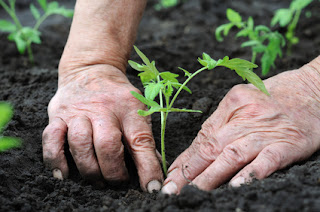 Think with me for a moment.

• Sometimes God’s plans for us are bigger than we are. So he needs to increase US before he can release those plans and dreams for us to walk out.

• That was true for Jacob (Israel) and the 40 or so members of his extended family. God had plans for him that called for a nation, not a family.

• Part of the purpose for their 400 years in Egypt was to make them big enough for what God wanted to give them.

• And yet, in spite of the opposition, God accomplished all the growth he had planned on.

As I reflected on all this, I felt God whispering, “Some of my kids are in a growing season, and they don’t know it. And sometimes the enemy is particularly opposing their growth. That is not going to stop me. The only thing that will stop me is if my children stop trusting me, stop walking with me.”

Is that YOU he’s talking about?

Let’s trust God, even when we can’t see what he’s up to.