Some Experiences with Judgment in the Courts of Heaven

Some years ago, Jesus took me to a new place that I hadn’t expected: it was a tall, oak, judge’s bench. He took me around the back of the bench, and up the stairs behind it. But rather than sit down himself, he sat me in the great chair behind the bench, and when I sat, I was wearing black robes and I had a wooden gavel in my right hand. 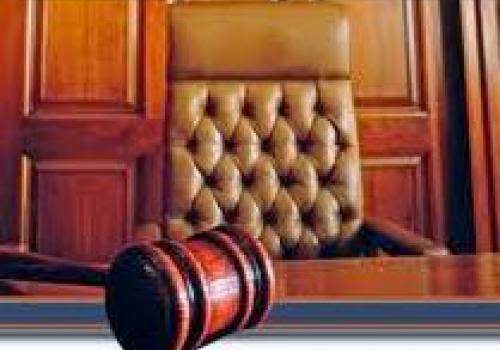 I’ve learned to trust him in that place, and so I didn’t resist him, though my sitting in that chair was more of a novelty that first time than it was about actually judging anything. Since then, I’ve begun to learn some things about judgment, how important it is, how powerful it is, and especially how very good it is.

I was charged with judging my brothers and sisters, but judging from Heaven’s perspective, from the perspective of a King who’s madly in love with them, who’s unreasonably proud of them, who’s amazed and overjoyed with their every step of faith. So the judgments that I’ve been invited to pronounce are about God’s favor on his children; I’ve been charged with finding them guilty of pleasing their Father, and sentencing them to be loved and adored for all their natural lives, and beyond! It’s better work than I first feared it would be; I’ve actually come to love that bench.

But some of the judicial work has been darker than that. Once, I was praying intensely for a dear sister against whom hell was having a measure of success. Jesus brought me around to the stairs and up to the bench. I could see more clearly from up there, and with his help, I saw the cloud of filthy spirits that were harassing my sister. “Judge them,” he said, and I understood.

I began to recognize their crimes, and as I identified them – the spirits and their crimes – I spoke its name. As I did, it was as if the gavel moved on its own, gently tapping, “Guilty!” to each charge. With each tap, a demon was bound and hauled of. Soon, I got into it, reaching into the Spirit for the discernment of each spirit and shouting its name, its crime: the gavel banged and the demon was bound. This, too, was judgment I could get excited about.

I needed to be careful, in my exuberance, to still judge accurately, according to what was true, not merely because I felt bad for my sister’s misery: this was a matter of justice, not pity, and it was a mighty justice that was handed down that day, and other days like it. I’ve developed the opinion that this judge’s bench is an excellent place for intercession.

There was one day, though, that I still shake my head about. It happened some years back, and I’m only now understanding what may have actually gone on.

God the Father somberly walked up to me, and he was looking really quite serious: he was cloaked in a rich black judge’s robe, and his eyes were as intense and alive with fire as I’ve ever seen them. With his eyes fixed on mine, he slowly opened his robe. I was surprised to see a red plaid shirt underneath, but before I had opportunity to react in surprise, he pulled a shotgun from the depths of his open robe, and handed it to me. Startled, I took it from him and glanced at it. Yep, that’s a shotgun, all right.

I looked up again, and now the robe was gone, and with it, the stern look from Father’s face. Instead, he sported a red hunter’s cap and a huge grin, and he held up a shotgun of his own. Movement caught my eye, and I saw Jesus, similarly attired with plaid shirt, red hat, grin and shotgun. Father asked, “You ready, Son?” but before I could answer, the air above our heads was suddenly filled with demons, their leathery wings flapping frantically as they zigged and zagged about the room.

Father laughed mightily, hoisted his shotgun and fired; a demon exploded into a black cloud. Jesus cheered and blasted another one. Soon all three of us were shouting and hollering and laughing uproariously. And blasting demons to tiny black dust. Shotgun blasts were interspersed with shouts of encouragement, great fits of laughter and the soft splatter of the demons shards. They had met their maker, and it had not gone well for them. He is a very good shot, actually.

I had enjoyed this experience so much that I hadn’t stopped to ask what it meant until recently; the answer wasn’t particularly surprising; something about “casting down arguments and every high thing that exalts itself against the knowledge of God.” But the experience was, frankly, a great deal of fun. “Spiritual warfare” and “fun”: two concepts I never expected to put together.

That hunting party only happened the one time. I think it was more about teaching me a lesson than a regular part of our business in that place. He’s a good teacher, by the way: I’ve never forgotten that experience, though I’ve been slower to learn its lesson.

Thank you for sharing!

Did this really happen?

Yes, these are real experiences, but real in the realm of visions and dreams, not in the regular world.