The War For America: It’s Not What We Thought

I had a dream recently, a dream about what may well be the War for . 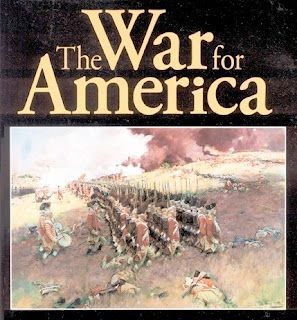 I believe we’ve been (or at least, I’ve been) thinking the wrong way about the war that’s shaping up for ’s future. We’ve been thinking in terms of previous wars. I’m not sure we’ve been learning from the right previous wars, though.

I know that a lot of people are watching the changes coming from the top down in , and are thinking went through when Hitler came to power. And frankly, there are a lot of similarities, and this metaphor is not completely wrong. But it may not be the main battle.
of the changes that

This may be the war that American intercessors most need to pray against.

The other part of the dream addressed more of the strategies that the enemy (I’m speaking in terms of Ephesians 6:12) may be using in preparation for an American Arab Spring revolution.

I saw minor battle after minor battle, skirmishes, in which the enemy would attack smaller groups: occasionally geographic groups, neighborhoods, cities. More commonly, the attacks came against social groups: groups of friends, social sub-cultures, workplace communities. And occasionally, these would be national in scope (eg. “The Gay Community”), but more often the demonic attacks were much more localized in their scope (eg. “a group of friends, many of whom are gay-friendly, who work in retail sales in this county” or “Conservative Christians in this online community”).

The nature of the battles was interesting as well: the enemy would come among their target people group an sow strife, dissention, bitterness, accusations. And of course, the targeted people would respond, and generally they fought back: fighting against the works that the enemy was doing among them.

And very often, more often than I expected, the enemy would be overcome, defeated, and would withdraw. But when he withdrew, it was always with a knowing smirk, and I realized that his goal was not to win the battle. His goal was to leave something behind among the people that he’d targeted.

There was nearly always less unity among the group the enemy attacked, after the attack was over, and he had withdrawn. But more toward his goals, there were spirits left behind, minor strongholds among the people, unseen, like a fifth column (http://en.wikipedia.org/wiki/Fifth_column), awaiting later, more significant battles.

In the dream, Fear was the most common stronghold that the enemy was using against people, and he was sowing minor, even tiny, strongholds of fear all over the country, in individuals, in small social communities, in any people group he could influence. And while he waited for some sort of greater conflict – and he almost didn’t care if it was a Second Revolutionary War, or an American Arab Spring, or if some egomaniacal leader tried to follow the model of Hitler and conquer the world – his minions of fear worked among the people, and that was his real tactical objective.

Fear would manifest as suspicion of others, as dissention from others. Fear would open people’s ears to his lies, and close their minds to the truth. Fear made people hate and distrust and separate themselves from other people.

I invite the prophetic community to judge this as a prophetic word: do you hear something of God in this? I’m not so concerned about every little detail as I am about the big picture: that the enemy is sowing fear among people, specifically among the American people, at a prodigious rate, often “below the radar,” out of the public eye: this is a primary strategy.

And I invite the intercession community to take this before the Lord, and ask Him how to respond: how shall we pray against these kinds of things? More importantly, what, specifically, shall we pray for?

Email ThisBlogThis!Share to TwitterShare to FacebookShare to Pinterest
Tags: 2013, warfare

The Real War for America would never just be revealed to anyone just walking around, the real war is always the least expected, but hiding in the open for all to see. I have deep concern and have been heavy with the things on the Lords heart. Deception. People are already experiencing it in small pockets. How do you get someone to become oblivious to the truth, you desensitize them with all kinds of things, fear, hate, bitterness, jealousy etc. deception puts someone in an unreal world of what is believed to be truth but is entirely false its an illusion. as long as people are living in an illusion (chasing after money, sex, drugs, "american dream" so on and so forth) they will not see what is really happening or coming. this causes confusion and confusion leads to a disruption then leads to division. a house divided falls!