A Personal History with Unchurched Believers

I grew up in the church. Later, I met Jesus in another church during the Jesus People revolution. That was far more interesting than regular church!

For decades, after I’d graduated from Bible college, I got a real Bible education in a Bible-believing church. And I learned the importance of being part of a church, a local congregation. A campfire of only one log will quickly burn out; a campfire with many logs will burn long and hot: believers, I was carefully taught, belonged in the campfire with other believers, and that meant in a Sunday congregation.

Over the next few decades, as I worked as an associate pastor with several churches, and Father began giving me a heart for His children, and as I watched God’s children in churches grow up, I became more concerned for those children that didn’t have the advantage of a church family.

I met a small number of disenfranchised believers in this season: men and women who were angry and bitter at the church, and sometimes at God, too. And I prayed more for believers who didn’t have a church to call home. I pitied them.

I remember one particular evening while I was praying for the unchurched believers. Father showed me two things about this group of people that I felt a burden for: First, there were more of them than I ever expected, and second, that he was going to do something – something that I call revival – among them. So I prayed for that revival! And I pitied them: lost sheep without a flock to call home.

I prayed for and pitied unchurched believers for years, and as I did, Father’s love for those poor people grew in my heart, fueling more prayer, and probably more pity as well.

One spring Saturday, a friend I respected held an event that I saw as a church service for people who didn’t fit in church real well. It was encouraging for several reasons, not least of which was that I wasn’t fitting real well in my own church at that time.

The next day, I brought a friend and a cell phone with me and drove back to the site of the event. It took more phone calls than I expected by finally someone was able to tell me that my jacket was probably with “Ken and Barbie,” well outside of town.

Great. I really don’t need a Ken or a Barbie in my life right now: I don’t need pretend, doll-type people my life. It was only a Goodwill-type jacket; I considered giving it up for lost, but my wallet was in the jacket. I couldn’t give up my wallet; I guess I needed to go visit Ken and Barbie.

When I arrived at their well-worn farmhouse, I scratched my head: this wasn’t the type of house I expected for “Ken and Barbie” type people. We knocked cautiously and were greeted by one of the more un-doll-like men I’ve ever met. And I recognized as soon as we stepped inside the house that we were well and truly welcome. I described it later as a family reunion with family I didn’t know I had.

We spent four hours together with these wonderful and genuine people, hours spent sharing their hearts, our hearts, stories of our Father. I learned that Ken had been a pastor for a number of years, but made his living as a carpenter now. I realized that even though I was currently a Pastor, I wanted to be more like these people. So I asked what I always ask: “So what church are you guys part of?”

The silence was deafening as Ken and Barbie glanced at each other, and I could see the question in their eyes: “How much should we tell them?” Eventually they admitted that they hadn’t been in church for more than a decade, and they told me their story of how God led them from “churched” believers to “unchurched” believers. 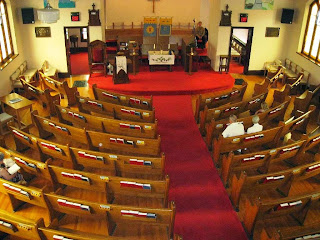 Then they told me about several of the folks I’d met and appreciated the day before, including my friend the event coordinator, and how they had also made the transition from “the churched” to “the unchurched.”

I was in a conundrum: I had believed that believers ought to be part of a church, but here were a whole lot of believers that I wanted to be like, whose life I aspired to, believers who – contrary to my training and my expectations – were solid and mature, and who were pillars of strength in their families and their communities. Here were believers who did not have the “advantage” of a local congregation, who were better believers than those that I knew who had that advantage. My head was spinning.

I needed to re-examine a belief that I’d held as unquestionable, and it started me asking a lot of questions about things I’d never questioned. Let me just summarize by saying that this was an exciting season in my walk of faith, and skip to the part where God confronted me about the church I was part of, where I was the associate pastor, where I was on the worship team, and where I was one of the primary preachers on Sunday mornings.

“When are you going to stop working in another man’s field, and start working in your own?” I knew it was time to leave the church, to leave that church, and to leave the church community in my city. I questioned whether I was supposed to “plant” my own church, but realized that that was just a distraction: we were to become part of the “unchurched” community.

I had a couple of dreams in this season: one before we left, clearly describing our preparation for leaving, and the sequel, after we left, where he warned me of three things: 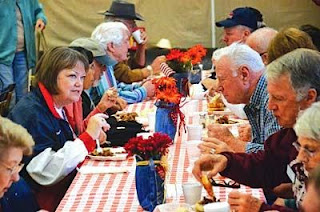 But our place in the Body of Christ is more of what it should always have been, now that we’re no longer part of a congregation: better friendships, less judged, more received for who we are, more free to exercise our God-given gifts. In other words: church outside of “Sunday morning church” has been a substantial improvement.

Now, let me explain: I’m not writing this in order to give you a model to follow, or a standard to measure your life by. I’m writing this only as a testimony: this is the confused and real-life experience that I had; perhaps it might encourage you wherever you are in your own walk.

And let me encourage you in this: God is very much able to take you through whatever you’re going through, and to bring you out the other side in extreme and overwhelming victory.

What a great testimony. So very similar to my own. Since I stopped holding Church and instead having worship, praise and fellowship gatherings, the Holy Spirit is free to move in greater and more awesome power. All of us come together to lift Jesus up to break bread, Laugh, Love and pray for one another. When we set to worshiping the Lord Jesus very often we can hear the angels singing above us. A people set together with like minds and like spirits, bringing in new people who begin to experience a freer way of loving their Lord. A people who have their own powerful personal relationship with Jesus, God and the Holy Spirit. We all help in our individual communities and are much more effective in our own personal walks with God. Thank You and keep holding up the torch for Jesus and be Greatly Blessed. ~~~ Lynn Salmoria