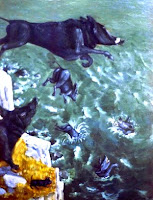 Have you ever had someone go out of their way to be mean to you? Maybe they spat in your face, or kicked you in the crotch just for fun. Maybe they drove down the street shouting curses at you, or made fun of your ears or your grades or your accent. Maybe you were just in the wrong place when someone got mad and they took it out on you. How often did their meanness make you want to get to know them? How many times did you want to spend time with your attacker after he punched your teeth in and shouted drunken insults at your mother? I don't remember my history books reporting a large influx of black Americans into the Ku Klux Klan after the massacre of black men, women and children just for their skin color. Maybe I missed that lesson. 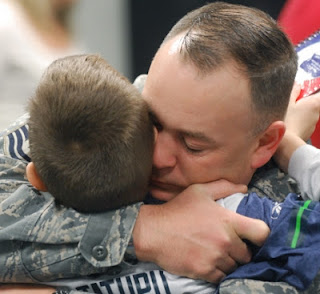 Here's a really radical thought: God doesn't use those practices to get to know the precious children for whom he personally was beaten, accused, mocked and killed. The God who was murdered for their sins probably won't be judging people for the very sins that he just paid for, won't be hating the men and women he loved enough to die for, won't be killing your daughter with cancer and then demanding, "Love me, trust me, or burn in hell for eternity."
We've believed some pretty stupid things over the years. Let's not do that any more.
No comments:

There's a Reason We're So Secure

I've been reflecting on our secure position: we're hidden in the rock, engraved in the palm of his hand. That's pretty secure!If you are responsible for someone precious to you, but they're in absolutely no danger whatsoever, you take no special precautions. It's only when you're going to be in dangerous places that you put the leash on the toddler, the bulletproof vest on the officer, the rope around the waist of the mountain climber. You don't wear a seat belt in a church pew, or a life vest on your La-Z-Boy in front of your high-definition wide-screen TV. 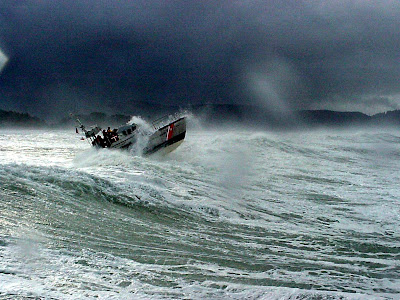 God has secured us more surely than any of those. This suggests that he expects us to "Go ye" into more dangerous places than those folks go. We're held securely so that we can go to uncertain places, so that we can stand up in dangerous times and cry, "Follow me! I know the way out!"

We have the safety line keeping us from drowning, from falling. We have the great and precious promises. What's the worst that can happen: a welcoming party in Heaven. It's interesting that the only time that anybody in the Bible walked on the water was during the storm, the only time a box lunch was multiplied for thousands was when facing thousands of hungry people. The only time the dead were raised was when God's representatives were around dead people. The only place that the incarnate Creator chose to go to redeem mankind and pay for their sin was into the middle of the sinful and rebellious world. I’m thinking that if we don’t occasionally go places that make our knees knock, we’re missing the point. We need to have days where we’ve got to wash off the slime and the stink from the world, because we’ve been among them, carrying the love and the grace of the King in our bearing, in our words, in our smile, in our hugs, into the very darkest, smelliest, most un-welcoming places we can find. (Most of the time, that’s not in another country; probably not even in another city, but I assure you, it’s not in our comfort zone.)
If we don’t spend time in harm’s way, we’re not living up to our calling. And we’re not bringing the Lamb who was slain the full measure of the reward for his sacrifice.

I want a crown worth throwing at his feet.
2 comments:

Whose Limits? Whose Understanding?

“You can have a life of understanding and live in a small world, or you have heaven’s peace and live in a world without limits.” Bill Johnson, 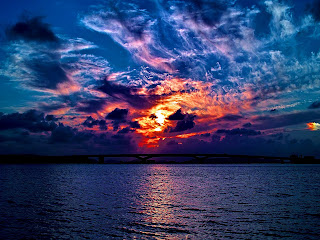 I’ve been reflecting kind of a lot on this: If I insist on understanding, staying in the realm where I do understand, then I am limited to a world the size of what I am able to understand. I’m a pretty bright guy, but I am not all that! 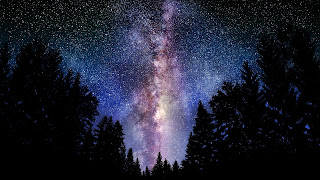 The cool thing about that is this: when I trust his understanding instead of my understanding, then we’re working with the kind of capacity that’s labeled, “omniscience.” There are no  gaps in his knowing.

On top of that, it’s tied in with a little thing called, “omnipotence,” that completely outshines my own capacity to deal with the few things that I do understand. 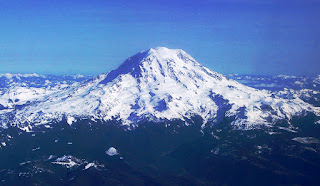 And if that weren’t enough, when I trust him with the storms that I call “my life,” then he takes personal responsibility for peace in my life, at least insofar as I will let him. He provides for me a great big overwhelming mountain of peace, of His grace (and it's a beautiful mountain), just for me, so that wherever I walk, I get to be in the midst of Heaven, in his own presence; wherever the sole of my foot touches this planet, Heaven itself is planted and grows, if for no other reason, then just to make a place of sufficient glory for his son to walk.

I think I’ll trust him and live in his world, even in this world.