1 Corinthians 15:46 says “However, the spiritual is not first, but the natural, and afterward the spiritual.” So let’s take this natural principle and apply it spiritually. 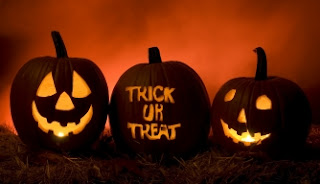 I expect to have a larger than average number of visitors to my home on the evening of the 31st. I expect that many of them will be wearing costumes that they think of as valiant or funny or scary. (I expect that I’ll think they’re mostly “cute.”) And some of them will be adults waiting on my sidewalk for their beloved munchkin to return with the candy my bride & I have dispensed.

But I’ve been setting up some “terms and conditions” that apply to every single person that sets foot on my porch, or my walkway, or even my lawn tomorrow night. (And I may leave them in place indefinitely.) They are not posted publicly in the natural, but because they’re clearly posted in the spiritual realm they will be binding nonetheless, on every visitor to my property (which by legal definition extends to the centerline of the street, so this includes at least half of those driving by as well).

The terms and conditions that affect them include the following:

● Every visitor to my neighborhood is welcome to bring the Holy Spirit with him or her, their own human spirit, and any angels that submit who are in service to the God of Heaven, but any other spiritual beings, any fallen angels, any demons, must be checked at the gates to my neighborhood, and are not permitted in. (This one’s old news: http://bit.ly/gatekeeping)

● Every guest to our property agrees, by coming onto our property, to receive an angel or angels as their guests and guards, to lead them to the King of Kings, to teach them the ways of the , and to protect them from harm.

● Every guest on our property, by coming onto our property, receives freely and without cost or obligation, our blessing upon their lives, their future, their family, and their family’s future, blessing for peace, and not for evil, to give them a future and a hope.

So I encourage y’all to set up similar “terms and conditions” for your own property.

Have fun. Wreak glory upon your guests!

(Feel free to share this idea with your friends and co-conspirators if you wish.)

The Message We Preach

If the message declared to you makes you feel unworthy, alone, then whatever is being preached, whoever is preaching the message, it’s not the Good News. (This is hard for me to acknowledge, because for years, this is the only gospel I heard, the only gospel I knew to preach.) 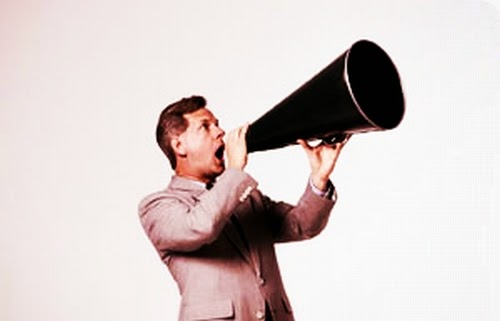 Never once did Jesus preach, “You’re a sinner, and you’re going to hell if you don’t repent!” Never once did Paul or any other apostle use condemnation or the threat of hell to convince people of the goodness of a loving God.

But mostly it’s a problem, because it takes the attention away from the only One who really deserves the attention, the One who’s been dying (literally) to know us, who has been patiently waiting to demonstrate his love to us.

Whatever that is, it’s not the gospel that Jesus preached, that Paul preached.

Consider this: “But even if we, or an angel from heaven, preach any other gospel to you than what we have preached to you, let him be accursed.” ~Galatians 1:8

Some thoughts about Prophetic Ministry

Consider Jeremiah 1:5: “I appointed you as a prophet to the nations.”

Now consider Ezekiel 2:3: “Son of man, I am sending you to the Israelites.”

There are a few, but there aren’t very many Jeremiahs in our day and age, people that are called to speak for God to many nations. Frankly, I’ve run into more people who think they’re called to the nations than those who are walking out that calling. Darned few prophets start with national or international ministry; they start with neighborhoods, families, home groups.

Most prophetic folks are called to a community, a region, perhaps a congregation. My own calling (if you didn’t figure it out from the name) is to the region, and within that, to the people of God, to Christians in that region, and I can be more specific than that.

I know of a man who is a prophet to children: once they’ve hit their 14th birthday, he’s got nothing for them. I know someone who is primarily a prophet to one man, a young apostle, just getting his feet wet in apostolic ministry. I know another who prophesies over the homes in his neighborhood, in the dark while everybody’s asleep. I know an awful lot of prophetic people called to one home church, one congregation, one community of homeless people.

(This isn’t exclusive to prophets. Apostles are called TO a people as well; see Galatians 2:8.)

In my opinion, this is one of the main reasons that so many prophets are not welcome in the place they’re speaking: they’re speaking in a place that they’re not called to.

Prophetic folks can also be rejected for carrying a message different than the one for which they’re called and gifted to carry. New Testament prophets are to be primarily characterized by two verses: Ephesians 4:12 and 1 Corinthians 14:3:

·         People who prophesy under the New Covenant are to be characterized by speaking things that strengthen folks, encourage folks, and comfort folks. There are some exceptions, but not as many as we think. (Hint: if your ministry is more about exposing sin or doctrinal fault than encouragement, then you’re ministering either out of the wrong covenant, or from the wrong spirit.)

There is a reason that our message is called “the gospel of the Kingdom”:

1)      “Gospel” means “good news.” If our news isn’t good, then our message is not, by definition, the gospel. Don’t argue with me; talk to the dictionary and see if you can persuade it.

2)      “Of the Kingdom” of course means that our message is about the . If our “good news” is about salvation, then that’s a good thing, but that’s a thing that men made up, which they call “the gospel of salvation,” a completely unscriptural term. If our good news is about membership in an organization or about a moral code, those are also good things, but they are not the gospel of the Kingdom. Jesus’ message (Matthew 4:17) was about the Kingdom (and how people need to change their thinking in order to partake). Ours probably should be, too.

That is, if we want to be effective, when we speak for our King.

The Ministry of Vitamin K

I was trying to understand some things – I’ll call them “some of the mysterious things” – that Father was doing and saying around me. In the midst of struggling to figure them out, I heard him whisper, “Vitamin K.”

I haven’t thought about Vitamin K for years, possibly decades.

I think he likes messing with my head. And I get that: dads – good dads – are like that: it’s more about making me think, inviting me to come close to hear more, than it’s about handing me answers.

Vitamin K, eh? Well, Wikipedia tells me that “Vitamin K is a group of structurally similar, fat-soluble vitamins that the human body needs for modification of certain proteins that are required for blood coagulation, and in bone and other tissue.”

I needed a little more revelation than that!

This is where we ended up: This is something that my body needs, actually needs fairly desperately. But my body gets all it needs without my paying attention to it, without my understanding it, without my doing anything at all with Vitamin K in mind. 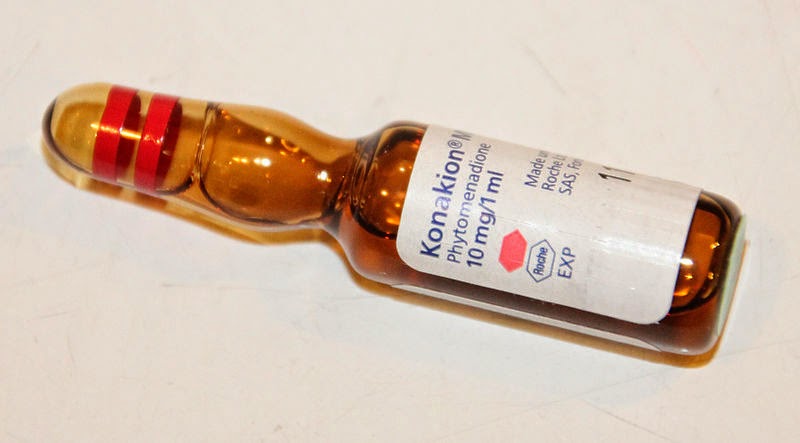 Vitamin K does its job, clotting my blood when I cut myself, and doing whatever it does with my bones (“In bones, Vitamin K takes part in the post-translational modification as a cofactor in γ-carboxylation of vitamin K-dependant proteins (VKDPs).” Yeah. That.), and it doesn’t require the slightest bit of my conscious participation in the process.

I just trust that my body will digest the food, find the Vitamin K (and all the other nutrients) and apply them as needed. I don’t need to be conscious of the process for it to work well. For me, that means I need to eat lots of good veggies, some good meat, drink plenty of liquids, but I do that anyway: these are yummy!

So my lesson was this: I don’t actually need to stop and understand every little thing that Father is doing or even every thing that he’s saying to me or around me. In practical terms, that means that I eat healthily: the Word (reading, meditating, studying), in my prayer, in my praise, in my snuggling time, and Holy Spirit will apply them as needed, but I do that anyway: this is yummy stuff!

I don’t actually need to be conscious of the everything that God is doing or saying for it to work well, for it to build me up in my most holy faith.