Won't I Be Bored in Heaven?

Recently, someone asked an interesting question. They asked if we wouldn’t be bored in Heaven?

I used to be concerned about that rather a lot. I don’t do real well with boredom, and that exposed some of my assumptions about Heaven.

I realized that while Jesus spoke of Heaven quite a bit, he described the activity in heaven very little. So what happens there is something of a mystery, and I, like most of the Western Church, don’t like mysteries, so we invent things, and that leads to the idea of harps and clouds, or the thought that we’d do nothing but worship for billions of centuries: the ideas of being bored is a real issue.

I’ve had to realize that two lines of thought address that topic:

1)  When does our habitation of Heaven begin? Do we not get to participate in Heaven except after we die (another common, but false, belief)? Why would we be instructed to pray, “Thy kingdom come, thy will be done, on Earth as it is in Heaven” if we weren’t supposed to experience Heaven here, on Earth.

One could also ask: when do we gain eternal life? Do we only become eternal beings after we die? Or do we become eternal beings when we come to faith in Jesus – when we submit to His Kingship, the Kingship of Heaven? Our submission to the Lordship (Kingship) of Jesus is the beginning of my habitation in Heaven. Hmm.

Long story short, we’re seated in Heaven right now (Ephesians 2:6). Am I bored now? If I am, then I’m doing it wrong. If I’m not bored now, I won’t be bored in the other part of Heaven either, the part on the other side of the River.

2) Consider the parables of the Talents (Mt 25) and the Minas (Luke 19): the King entrusts us with some of His valuables, and leaves to go inherit a Kingdom (“…prepare a place for you…”?). Then he comes back after he receives that Kingdom (Luke 19:12) to evaluate how we’ve done. (Sound familiar at all? Consider Rev 20:12.)

So after the King returns, he judges the works of the folks he’s entrusted his riches to.

So what happened to the folks who did a good job with the King’s riches in these parables? What does it say?  “And he said to him, ‘Well done, good servant; because you were faithful in a very little, have authority over ten cities.’”

Authority over cities. I’ve never ruled a city, but I imagine that it it’s not boring. Particularly if I consider Jesus’ model for ruling, which is largely based on washing feet. That’s a lot of people to serve, to assist into their full destiny.

I don’t think we’re going to have any time to be bored in Heaven. I think we’ll have work to do, or at least the way Jesus talked about it suggests it, though it does not say it clearly.

I observe that from an Earthly perspective, the idea of civil government (ruling a city) contrasts with the worship festival that Scripture describes quite metaphorically in Revelation 5 (and other locations). I figure that this is just my earthly perspective getting out of hand. Serving saints, ruling cities, that strikes me as an excellent way to worship Jesus!

As a side note, I reflect that there are only a few things that are of enough enduring value to matter in Heaven:

• Human beings,
• The Word of God
• Relationships, with God & with people.

So I figure that these are the treasures (minas, talents) that Jesus has given, that he’s expecting to receive a return on his investment with. I figure that our handling of these treasures has a lot to do with how bored or how busy we will be in Eternity.

I no longer worry about being bored. 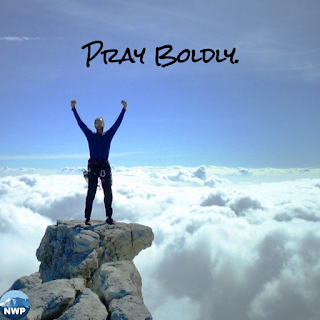