I don’t remember if I’ve told you this story.

Then I looked and heard the voice of many angels, numbering thousands upon thousands, and ten thousand times ten thousand. They encircled the throne and the living creatures and the elders. In a loud voice they were saying: "Worthy is the Lamb, who was slain, to receive power and wealth and wisdom and strength and honor and glory and praise!" Then I heard every creature in heaven and on earth and under the earth and on the sea, and all that is in them, saying: "To him who sits on the throne and to the Lamb be praise and honor and glory and power, for ever and ever!" The four living creatures said, "Amen," and the elders fell down and worshiped. - Revelation 5:11-14

I was part of a worship team in a tiny church, and we were together on I think it was a Thursday night, rehearsing for Sunday. We’d all been through “stuff” that week, so we prayed together before we discussed our plans. And then we started singing.

Understand that for us, we weren’t just rehearsing the music, we were rehearsing our worship of God. We cannot lead people in worship, we believe, unless we ourselves are truly worshiping; otherwise, it’s just cheer-leading. So we were worshiping.

I don’t remember who was leading the song (we passed that responsibility around), but I was standing facing the rest of the band, with my back to where the congregation would be next Sunday. And I remember feeling like we were turning a corner. We’d played this song a thousand times before, and many of those times had been really good, we’d really entered into real worship, but this was different. I glanced at some of the faces around me: some felt what I was feeling; others were lost in it. 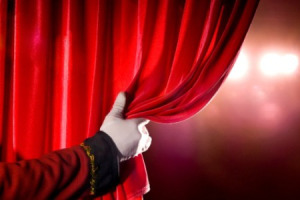 I had the sense of movement behind my back, so I turned around, and as I did, in my spirit I saw a curtain being opened, and there beyond it was an enormous audience worshiping the same One we were worshiping. It seemed that this was the worship scene from Revelation 5, lost in adoration of the Worthy Lamb, and this was our turn to lead the worship in that gathering.

To this day, I still can see the throngs of people worshiping Him who sat on that throne, though I only saw them for an instant, because then my eye was drawn to Him and I was truly undone.

The experience in that place didn’t last long, but it was timeless. It happened some years ago, but I remember it as if it was five minutes ago, and my eyes still tear up as I do,

Let me just say it this way: from that day forward, we were changed.

Something in my spirit taught me that day: worship that comes from Earth is more precious than worship that comes from Heaven, because on Earth we have more to overcome, more distractions to push past before we can fix our eyes on the One. Worship on Earth is described as a sacrifice (Romans 12:1), and the sacrifice to worship here on Earth, in the midst of all that life is a more costly, a more precious sacrifice than to worship in Heaven, among the angels and the elders and the living creatures.

May I encourage us: when we worship, let’s fully worship, let’s not hold back. Sure, we’ll worship in Heaven, and it’ll be glorious. But it may not be quite as glorious as the worship that comes from Earth. 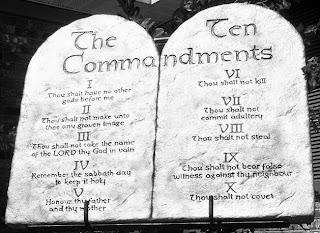 We all have strengths. It's more effective to make maximum use of our strengths rather than trying to turn weakness into strength.

There's a line of thinking in the western education system that has also influenced the western church that says if we're not good at something (say, math), then we need to develop our skills at math until it's one of our strengths, which necessarily means we don't work at our developing the areas that are already our strengths (say, writing), so they don't develop so much.

We tend to think that it’s best to be a pastor or a teacher, because that’s what we see modeled. But if that isn’t you, then you have a choice: either try to fake it, or be who you really are, even if it’s something that isn’t as well recognized.

Consider the Seattle Seahawks. Applying that line thinking would teach us that quarterback Russell Wilson needs to learn how to block a blitz from 275 pound linebackers, that defensive corner Richard Sherman needs to learn to learn how to function as a quietly confident offensive lineman, or that “Beast Mode” Marshawn Lynch, the best running back in the league, needs to develop his public media and publicity skills, and stop focusing so much on running the football.

What took the Seahawks to the Superbowl twice recently was each member recognizing that they have a gift that is different that others' gifts, and each member developing their strength, and trusting others' strengths in places where they are not strong.

You've seen how Marshawn treasures his offensive linemen? He buys them gifts, sometimes expensive gifts, because they do very well what he cannot, and it makes the way for him to do (very well!) what they cannot.

Yeah, that's how it works. We don’t ignore the gifts we don’t have, but neither do we focus on them. It’s absolute foolishness to ignore the gift that God has given us in order to develop what someone thinks is a more important gift.

I’ve got more important things to do than prepare for Heaven’s bonfire. So do you.

Use the gifts God has given you, even if you don’t know another soul with those gifts. Be you! God doesn’t need copycats. 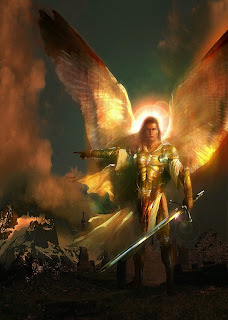