I started this blog on a bit of a lark. Father was challenging me to write consistently, and I created a new identity for that writing just to separate my passion for the from my family. (In my mind, one of the cruelest things a father can do to his children is make them “preacher’s kids.”)

But it seems that people are eager to discuss things of the Kingdom, and so this blog has gained more of an audience than I ever expected, and therefore more influence than I ever imagined.

And as I’ve gained influence, I’ve gained critics. Whoa. What a new concept! Some of them have been enemies. I’ve never had enemies before! Some have just been passionate about their bondage, and hate the freedom in God that I’ve been writing about. Some want to advertise their products to the people who read my wall (in a word: no!). And some of them want to fix me.

Now let us be clear: I’m brand new at this business of having critics, enemies, fixers. I have clearly not responded with maturity every time: to become mature, one requires experience, and I lack that experience. (But I’m growing in it. I think that’s good....)

The last group confuse me the most: the people who want to fix me. Honestly, I don’t get it.

First of all, I’m not aware that I’m broken, at least not by Heaven’s standards, which are the primary standards I care about. But that’s normal: most people think they’re not broken. And for that reason, I treasure a large handful of relationships with men and women whom I have learned to trust. They know me, and they have both permission and invitation to speak into my life. I submit my doctrine and my practice of Kingdom life to them. I regularly seek out their criticism and course corrections, which they are kind to share with me. When they do, I try to I try to respond well, but I’ll admit to struggling sometimes. I’m as human as anyone else that I know. 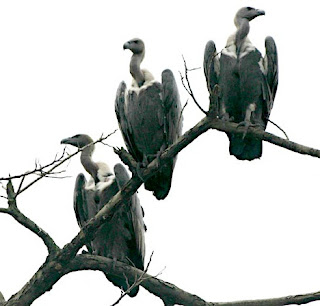 But these “fixers” decide on their own that I have one glaring fault or another (usually related to the radical concept that God is actually good), and they find ways to barge into my life with an agenda of fixing me. Some of them have been relatively forthright about it. Some have been more surreptitious about it, not revealing that this was their goal until I stopped listening to their endless criticisms. Some complete strangers have offered to “mentor” me. Many have acknowledged that the only reason they’ve friended me was to fix me. Manipulation has been common.

Not infrequently, their attempts to fix me, a complete stranger to them, have been completely works-based, have been littered with abuse and accusation, and have been clearly targeted at bringing me back into the bondage from which Jesus has set me free. Many of them are clearly dysfunctional themselves, though that’s not necessary a complete disqualifier (Peter was pretty dysfunctional, when you think about it; Paul had a hideous past life!)

I bring this topic up for two reasons:

This is not because I’m trying to keep correction out of my life (quite the contrary!). It’s because correction – or ANY ministry – must come through relationship. If we don’t have a relationship, then it ain’t gonna work, no matter how hard you try, and no matter if I invite your criticism or not. Ministry flows out of relationship. No relationship, no ministry.

The second reason I bring this up is because many other people around me are also moving rapidly and publicly into freedom. I’m not special: if the fixers come after me, in order to “repair” the freedom that I’m enjoying, then they’ll probably come after you, too, in order to “redeem” you from freedom, from grace, from the Kingdom.

So I’m trying to pull the sheet off of the deceiver, I’m trying to shine a light into the shadows: if you see someone skulking there, my advice is: Don’t invite them to speak into your life from the shadows.

Yes, it is wise to seek counsel, and counsel to whom we’ll actually listen and submit to. And since this kind of a relationship is foreign to most western Christians, we’ll have to be very intentional as we seek it out. But this needs to be a relationship-first kind of thing. Just because someone has a big ministry, or a big reputation or a big mouth does not qualify them to mentor you.

And anyone – ANYone – who is trying to take you or me back into the shadows is not worthy of listening to. 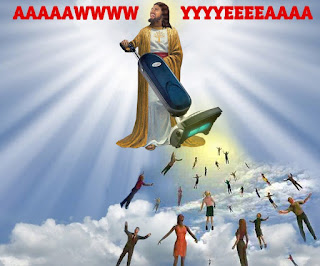 Our job is “Thy kingdom come, thy will be done, on Earth as it is in Heaven.” At least within our sphere of influence.
No comments:

An Expanded Understanding of Corporate Worship

In my experience with God, coming to Him in worship is a glorious thing, and there are several interesting things that happen when I'm in his presence worshiping.

One of the things that I've observed that happens in that place is what I am calling freedom in creative expression. I noticed it first when playing an instrument in a worship band: it's like I'm a better musician in His presence than I was ten minutes before. It's certainly easier to sing spontaneously in that place, and my instrument is more responsive to me there, too.

In some places, we've recognized that other creative expression is released in worship, and some worship events now have artists painting during worship. Occasionally a dancer will be part of the worship ream, too.

Prophetic expression, which I would argue is also a creative expression, is also freer when in association. That's why Elisha said "Bring me a minstrel," when he needed to prophesy to an ungodly king, and why prophetic ministry often comes during or after worship.

And that's about as far as I've ever seen it taken, at least publicly.

The question occurs to me: why should the musicians (and maybe a painter or prophet) get all of the fun? Do we think that the other gifts don't count as much, or that they wouldn't benefit from the anointing as much?

Occasionally, I've taken it a little further. Sometimes during corporate worship, I've snuck off in a corner and drawn on the anointing that is in God's presence with my writing, or in study, wielding my teaching gift. I'm sure that others have done this, too; I've just never met them. (I know: now my secret is out!)

I'd love to experiment with: how far could we take the idea of exercising whatever gift we happen to have as an expression of worship?

What would happen if we blessed teachers and scribes and writers and poets to worship in the corporate gathering with their gifts, too? What if we made room to experience the results of their gifting, like we listen to the work of the guitarist's and the drummer's giftings?

What if we gave space to tattoo artists, to graffiti artists, to mimes, to potters and sculptors and chefs and jewelry makers and leather workers and wood carvers and pipe makers and hair stylists and massage therapists? Who was it that decided that their gifts weren't appropriate to worship our Heavenly Father with?

Obviously, I'm just letting the thoughts run free here (as I'm worshipping, actually), but I can't get away from the question: how far can we take this? How many more people can we release to worship God in the community with the gifts that God has given them?

(Curiously, as I sat in a small corporate worship environment, compelled to write these thoughts on a mobile device, at the same time a prophet friend of mine, a writer, was outlining the same topic, having been drawn into it unexpectedly in a private time with God.)