I’ve become aware that a number of the doctrinal details that I’ve always assumed were true have, in fact, been unsupported in Scripture. God being a grumpy old man, quick on the “Smite Button” is one of them.

Discovering such error makes me question an awful lot of my doctrine. What else have I believed that is not true?

Not the basics, of course: Jesus is the Son of God, who died for me; that stuff is settled. But so much of the rest, the “not critical” doctrines, I have to test them all; I can no longer trust the “Everybody knows that!” declarations about doctrine. I'm figuring out that  “Everybody” has been wrong before! Imagine that!

And it’s inevitable: in the process of testing what really IS true, I cannot help but stumble across what really is NOT true. Sometimes it’s pretty easy to tell: that just smells bad (think ). Some doctrine is best suited for fertilizing the petunias.

But sometimes we’ve gotta look pretty closely. This is where we really have to rely on Hebrews 5:14: “But solid food is for the mature, who by constant use have trained themselves to distinguish good from evil.” The clear implication is that without constantly using “solid food,” we’ll never be trained to distinguish good (καλός, “sound, whole, nourishing, magnificent”) from evil (κακός, the root of “kaka,” the stuff we fertilize petunias with). In other words, unless we jump in and test stuff, we’re unable to tell good, nourishing spiritual food apart from plant fertilizer. It's NOT alright with me if I can't tell prime rib from sewage.

Therefore, you’ll find me testing things, and some of it will be on this page. I do this publicly for two reasons: a) those who wish to train themselves are invited into the process with me, and b) to reveal my reasons to those who want a foundation for the hope that I’m walking into (a la 1 Peter 3:15).

Some will say (and have forcefully said!) that those of us who ask questions must do it in a place or in a way where new believers can’t see, lest they be confused or misdirected. To which I answer, a) how else will they learn, b) who am I to decide that they do not have the right to learn?

If I may be so bold: the one person on this planet who is responsible for your spiritual growth is YOU. It’s NOT your pastor, your parents, your favorite conference speaker, or me! We can (and must!) help equip you, encourage you, provide you resources. But it is you who will be accountable before the Lord for your growth.

So MANY believers are already getting this and taking up that responsibility. If that’s you, GOOD FOR YOU!

If you’re not taking personal responsibility for your spiritual growth yet, please hurry up: you’re living in a fantasy, and the real world is calling you; Heaven is calling! We’re calling! We need you!

Partnering with the Promises of God

There have been a number of prophetic words that have spoken about God doing something cool this summer.

This one (http://on.fb.me/13ql6aY) talks about kingdom advancement in June: hold your ground because help is on the way.

This one (http://on.fb.me/14eNmMz) talks about this spring & summer as a season of spiritual transformation. Many of Gods people are being transformed from what they have been to where they are going next.

There have been a lot (like this: http://on.fb.me/ZyCqgz) that talk about the move of God like a tsunami. In fact, there are a lot of these. 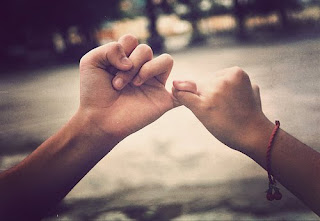 But there are always promises from God. The real question is how do we respond to those promises?

So what do we need to do? Do we just sit around and drink coffee until God hands us the fulfillment of these promises? In other words, is it all up to him? Or do we have some responsibility in their fulfillment?

Let’s ask that question another way: Are we created to sit still and let him do everything, or are we created for something more? (Hint: check Ephesians 2:10: “For we are His workmanship, created in Christ Jesus for good works, which God prepared beforehand that we should walk in them.”)

We might think of the Kingdom of God as “The Kingdom belongs to God. It’s all about him.” And in that, we would be mistaken. The Kingdom is the rule of the King, the realm where he’s given leadership.

Jesus taught us, “Do not fear, little flock, for it is your Father’s good pleasure to give you the kingdom.” So whose Kingdom is it? Or who’s inheriting it? It makes God happy to give it to us! (Note: he’s excited to give the Kingdom to a “little flock.” We don’t need to be “Mighty warriors” or something; just part of the flock.) We’re part of the realm of the King’s influence.

Here’s where I’m going: we share some responsibility to accomplish “Thy kingdom come, thy will be done, on Earth as it is in Heaven.”

And in these prophetic words – as in nearly all prophetic words – God has revealed a little about the Kingdom, about His will, that he wants done on Earth as it is in Heaven. But being that we-re co-heirs of that Kingdom, we are co-responsible for bringing it to pass.

How do we do that? Well, Ephesians says it’s by “good works,” a term that the Bible uses regularly, but never defines.

As I’ve been praying into the question of “How do I advance the Kingdom during June?” (I encourage you to ask the question for yourself!), I found myself facing several things:

• I need to live a life that’s a good representation of the Kingdom. Wow. No news there; that’s been my assignment for decades. It reminds me of Saint Francis’s words: “Preach the gospel [of the Kingdom] at all times; if necessary, use words.” If I expect the Kingdom to expand, then I need to walk the walk, not just talk the talk.

• I’ve been moved to partner with these prophetic words with my own words, to agree and affirm that the Kingdom is advancing in me, in my relationships, in my family, in the communities where I have some influence. I think I’ll be making some declarations, not empty words (“I declare thus…” without engaging myself or engaging with God relationally in the process), but sitting with Father and discussing it with Him. “You know, I don’t see it, but I still think you’re right!” If I expect the Kingdom transformation, then I need to talk the talk, not just walk the walk. I need to make sure my words are full of life and hope and encouragement, not criticism, unbelief or irrelevance.

And here’s the secret: the best way for me to accomplish most of this is to spend my time with the King of the Kingdom. I’ll spend some of that time not doing anything else, just being with him, but more important, I stay with him when I mow the lawn, when I work at my job, when I deal with frustrating circumstances. If the Kingdom is the real-world realm where the King’s rule is present, then staying tight with the King is an awfully fine way to make it work.

I’m tired the foolishness of all the “God is going to judge !” proclamations.

But first, a warning: don’t read more into this than what I’m actually saying. This may trigger some sensitive spots, it may be similar to words others have used on their way to a different destination. If you’re going to react, react to what I AM saying, not to what others have said. 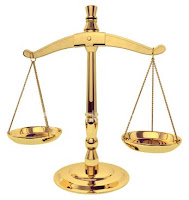 I’m tired the foolishness of all the “God is going to judge !” proclamations. They make the proclaimers feel better, but they aren’t consistent with scripture. And they paint God as a smiter, a big, stern guy who wants to make everybody pay the price for their sin.

But the price has already been paid for their sin. If Jesus died for sin, then sin is dealt with, at least for now. (I’m not saying Rev 20 doesn’t apply; I’m saying it doesn’t apply NOW.)

If God judges America for sin, then that means that either a) for some reason Jesus missed somebody’s sins while paying for sin on the cross, or b) America would be judged a second time for sins which have ALREADY been judged.

If God were to judge America for sins that Jesus already judged, I think maybe he would need to apologize to Jesus, because that would mean that Jesus suffered and died without accomplishing what he died for. Personally, I don’t think Jesus failed in his mission.

Biblically: Father handed [past tense] all judgment to the Son (John 5:22), and Jesus judges [present tense] no one (John 8:15). I repeat: this does not even talk about the Revelation 20 judgment [which is future tense].

Having said that, I am NOT saying that there are not consequences for the sins in question, and which can certainly LOOK like judgment. And I’m NOT saying that some people don’t bring nasty things upon themselves and/or their communities because they partner with demons. That looks like judgment too, but it’s not.

I’ve come to realize that the greatest danger from sin is not that it will separate me from my Father – the Cross is proof that it won’t – but that it empowers my enemy, it gives him permission to wreak his havoc in my life, my community, my nation. That’s a good enough reason to repent, and isn’t the only one in Scripture, but it’s not to avoid God’s judgment: it’s to avoid empowering the demonic.

The bottom line: There were no sins – there were no American sins either – lying around at the foot of the cross when Jesus was dying for sin. God is not actually looking for reasons to smite you.

Let’s get our understanding of Father right, people.
No comments: