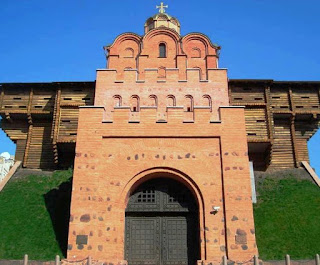 I would love to discuss this more with you, specifically surrounding the concept of territory. I am generally of the opinion that I'm here, God is in me, and if God doesn't tell me NOT to do it, I'm pretty well within the bounds of my rights as a co-heir with Christ to deal with most any situation.
She is of the opinion that we have rights over certain territories and not over others. I think one of the issues I see with this concept is that it has a large potential for some serious legalistic flaws.

First, what are the rules that decide whether one has territorial rights over an area? Is it habitation? If so, how long do I have to live there? Is it ownership? I mean, is renting sufficient to have territorial rights, or do I have to hold the deed? And what about when no one owned land, way way WAAAY back in the day? They still lived there. What decided the boundaries then?

I get that some of this has to be by revelation, but does this mean we are to ask the Lord occasionally to clearly define our boundaries? I feel like that means I have to know whether someone is "in my territory" before I heal them, when my personal belief is that they're sick, Jesus paid for it, they therefore meet all the requirements for healing to take place, and I'm allowed to heal the sick. All of them. Well, that's how I see it anyway.

Thoughts? I'd love to hear your ideas, experience, and even the revelation God has given you on the subject.

Thank you for this most inspiring testimony. A key factor is surely, the place of authority and realm of territory He's given each one of us - including our families, peoples and nations!

Surely, the authority of any decree arises with the placement of each believer's territory, as assigned by God, and yet the "training for reigning" process brings us up and into the realm of our authority, progressively. Little by little, we learn to take ground.

And yet, when "wolves are threatening your daughter", you need a Miracle-Worker to work the miracle, a Doctor to perform the treatment, and a Needs-Meeter to meet any such need. But our faith for all such things comes from the Word we've heard from God, and our willingness to use it.

What a great life He's set us up with, "tip of the mountains" to "depths of the valleys", we can't help but to win, for our God is faithful.

Michael, you KNOW I'm not going to head for rules of what is legal and what's not. Surely what He has declared is part of that. But functionally, it's about "Do I feel a sense of identity, a sense of responsibility for the region?"

And since healing is dealing with human beings, it's really easy to say, "Yes, I identify with the human species."

That's a great strategy. Thanks for sharing!

A problem bar beside my house closed down when I lived in Lancaster. I did decree, but it didn't happen nearly as quickly as what you described though!

My dad also lives in a neighborhood surrounded by some really bad areas. Once he went outside to find gang graffiti spray painted all over his back fence. It was something about "revolution".

He felt his spirit rise up and declared "There is going to be no revolution here except that which is of the kingdom of God." The next day, the graffiti was gone! There were no marks on the wooden fence of it being scrubbed or cleaned. Nobody knew what happened.

Well, OK now we're talking about stuff that's right up my alley - territory. I've tried to decipher whether it's territory or whether it's "compassion". Because honestly, I've claimed territory away from evil influences simply by getting adamant and stating "This is mine!" And then I've claimed territory because it was influenced by extreme compassion? Both worked fine.
But I can't duplicate it. It doesn't come because I choose. It seems like a "spirit-thing". My spirit takes charge of some territory because it's mine, and some because I have a heart-connection with those involved.
As far as I can find, there is no formula. It's purely a spirit thing.
But I'm here to witness to yours!! Woo Haa!! 100 percent! And it works, absolutely!! Amen!