Watch Out for the Yeast!

“Be careful,” Jesus warned them. “Watch out for the yeast [the influence] of the Pharisees and that of Herod.”

The religious spirit and the political spirit are really bad influences on believers. Watch out. 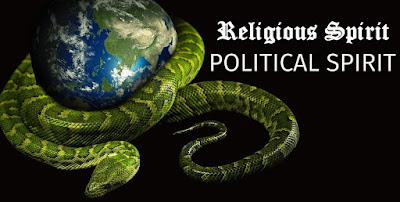 That doesn’t mean to stay distant from religious people or the religious system. Jesus didn’t. He attended synagogue, temple, dinners with Pharisees. But he influenced them; he didn’t let them influence him.

In fact, it was when they work together that things get really ugly. Jesus was murdered by that combination. The Pharisees worked with Herod, to murder Jesus.

We’ve seen a lot of this over the last several years.

There’s one more territorial spirit that we need to pay attention to; in fact, this is the strongest, most territorial of them all. The Holy Spirit is the one we need to be following. The others masquerade as him, try to mimic his voice so we’ll get confused.