Thoughts on Being Pruned

Jesus said, “I am the true vine, and my Father is the gardener. He cuts off every branch in me that bears no fruit, while every branch that does bear fruit he prunes so that it will be even more fruitful.” 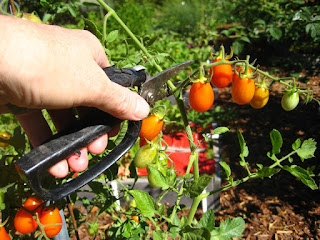 I spent the day the other day, pruning my tomatoes. It was really hard to not think about this verse in the process. So I gave in, and thought about it. I had some interesting thoughts. Keep in mind the Lord’s pruning of his children (that’s you and me) as you read this.

Pruning really is hard work. Pruning is not something you just do as you’re walking past in a few minutes, the few seconds that you have to spare. Pruning, particularly effective proving, takes thought, takes planning, takes endurance. In the parable, this would be God’s job. When he’s preparing us for effective, fruitful ministry it’s a lot of work for him. No wonder it feels like a lot of work for us too.

Pruning really is important work. This isn’t a case where if you get pruned, that’s nice, but if you don’t, that’s fine too. Rather, this is an example of Hebrews 12, where it says that set God trains, disciplines his children. Discipline is important work. Without discipline, will never accomplish anything in the Kingdom, or, frankly, in the world.

I can imagine that pruning a plant, cutting off branches, hurts the plant. I know for a fact that pruning branches, cutting off branches, is painful to the gardener. I am confident that when God cuts things out of our lives, particularly when he cuts things out that we enjoy, it hurts him. But he is so completely committed to our good if he is willing to do things that hurt him in order to make us stronger and better.

Pruning helps a plant focus its energy. Instead of a thousand tiny little fruits, each one nearly meaningless, a well pruned plant will produce a more modest number of excellent fruit, really nourishing. Sometimes you can tell people who have not submitted to pruning. They have a thousand little ministries, a thousand little interests, but they’re really not making a difference when you come right down to it. The people who have learned to focus their attention on one area are the ones who really change the world.

Pruning is more important when the plant is beginning to develop, than it is later on. That is, unless the plant has managed to avoid being pruned when it should have been. Similarly, young believers, developing believers, kit pruned more often, perhaps, then mature Saints. Though all of us, all of us, do get pruned by our gardener. 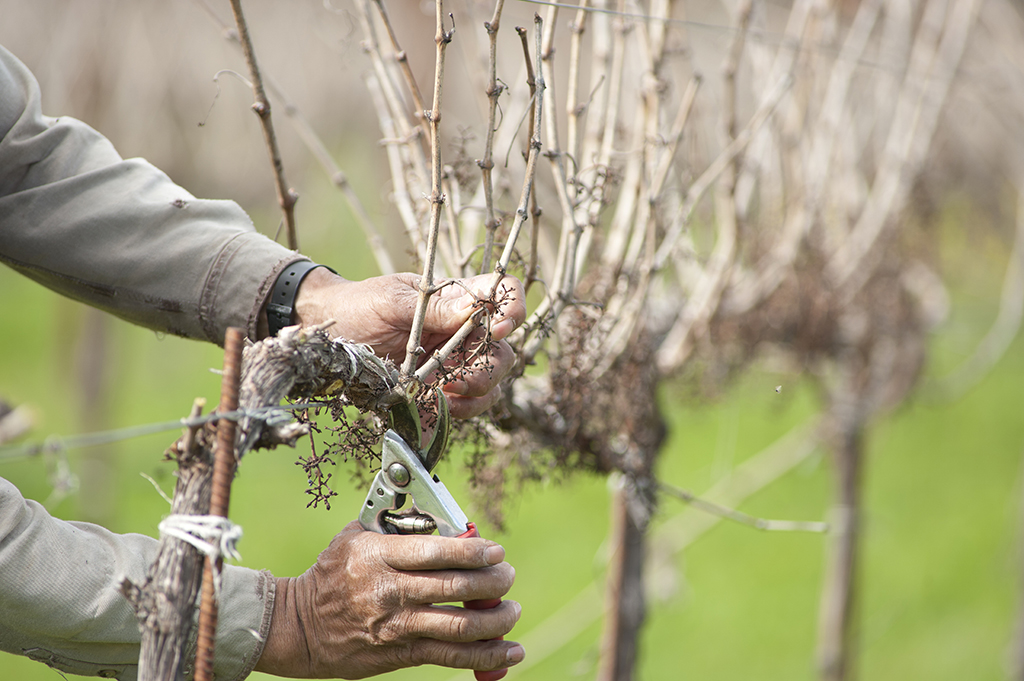 If a plant is pruned regularly throughout its life, it will generally not need nearly as much pruning, not nearly as aggressive pruning, as the plant that has managed to avoid pruning for some time. That plant will get more cuts. For years, I managed to avoid the gardeners attention. And my life was unruly, hurtful, and unfruitful. I needed more pruning than I should have needed, at my stage in maturity.

Sometimes, a successful pruning will remove strong, healthy, even fruitful branches. This is for the best interest of the plant, the fruit, and the Gardener. Just because God removes something from our lives, that does not mean that it was a bad thing to be in our lives. Some of those things were good. But if we are going to be successful at changing the world, some things that are not part of our calling need to be cut away. If we are truly going to know and experience God’s heart for us, his heart for the world, then there may be much that we would have to say no to, good stuff that we will have to say no to.

At least with tomatoes, plants that produce big strong delicious fruit, are pruned more vigorously then plants that are designed to produce lots of little fruits. Slicing tomatoes get pruned more than cherry tomatoes. It would follow, then, that those of us who have a calling to greater things, bigger areas of influence are likely to need more times of pruning, and greater pruning. On the other hand, there’s nothing wrong with a handful of cherry tomatoes.

Sometimes, if a plant is not pruned by The Gardener in time, the plant will just let some branches just die off, simply because it doesn’t have enough roots, enough strength to support so many branches. This is not a healthy thing. Dead branches on a living plant or a pathway to pests, predators, and disease. Areas where things have died in our life, rather than been pruned away, are similarly dangerous, places where disease or bitterness can find root.

So as I was pruning my tomatoes, I was also discussing God’s pruning of me. I found myself inviting my master Gardener, whom I trust, to prune me as he sees fit, from his view in Eternity. I love partnering with him in the work of the kingdom, and I know that he can lovingly prune away the things that hinder my effectiveness, that hinder my fully receiving his love.