I have an embarrassing testimony. But God used it to teach me a lesson.

More than a month ago, I had been consulting with a liturgical church about some rather complex topics. And in that (online) meeting, I had made some commitments to them. 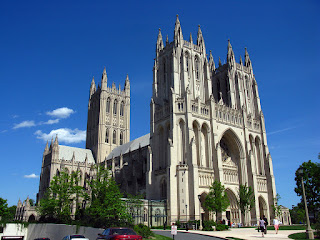 And then I spaced on them. We had some holidays in there, and I spent a few days sick, and then the shenanigans in DC captured my attention, and what with one thing and another, the liturgical church completely slipped my mind.

The other morning, I woke up thinking about them. Oh, my. I’d better get working on those commitments. I paused. I wonder what commitments I had made to them. I seriously could not remember.

I looked in my notes. Nope. Nothing there, either. Aargh.

I began to pray.

I had a meeting with some of that team. I asked them what they remembered. They were just as blank as I was, but ironically, while we were talking, the folks from the liturgical church were leaving me a voicemail. “We’re ready to move forward with your proposal now. Please call me back.”

I felt really bad. I recognized a fair bit of shame in the mix, and because of it, I really did not want to call them back. I wanted to pretend that the meeting a month ago had never happened, and just go on my way.

And I recognized that the only honorable thing I could do was to call them back and explain my failure. I hung my head and dialed the number.

It was a wonderful conversation. She reminded me of the two options we discussed, over the course of twenty minutes, we settled on one of the options and planned out the next several steps.

I felt like a superhero. Well, maybe no red cape, but it felt a whole lot better.

Later in the evening, I was doing some mindless garden tasks and thinking (because that’s what I do), when Father reminded me of two great messes: the first was this one with that liturgical church situation, and the second was some of the messed up things in DC that had been on my mind.

“Son,” he said gently. “I took care of the liturgical church. I can do the same thing for the mess in DC. You can trust me with this.”

I breathed a sigh of relief. I knew he was right. And I knew that he probably wouldn’t show me what he was doing in DC, but that didn’t affect whether I could trust him in that.

We have a really good Father, don’t we?