Returning to the Glory of the First Century Church

Every so often, I hear someone moan wistfully, “If only we could return to the glory days of the first century church! If only we could be as full of faith as they were!”

I think if I hear that again, I’m going to scream.

May I speak plainly? That’s one of the stupidest spiritual-sounding things we could say in this day and age. I make the assumption that people who say that mean well, but come on! Let’s think about this a little bit:

The first century church, the church in the book of Acts, was a wonderful beginning. But they were only a beginning: this was the baby church, in diapers, as it were. I can tell you that I have no interest in going back to diapers. That would be such an epic failure, for the church of today to return to the “glory days” of the first century church! What was for them glorious success would be the worst of failures for us.

● “But,” someone will moan, “There were three thousand saved in a day!” That’s pretty good for rookies. Today, that’s less than an hour’s work in the Kingdom, and some reports suggest that’s closer to 20 minutes’ work.

● “But there were signs and wonders!” Somebody is seriously not paying attention. There were fewer than 20 miracles reported in the book of Acts, though there were repots of “lots of miracles.” Nowadays, we have lots of miracles on a regular basis.

I know one group that has a 100% success rate at healing the deaf, and nearly as good success healing the blind. I know two groups that won’t let people become elders unless they’ve raised someone from the dead. I know a group that legitimately calls themselves “The Dead Raising Team,” and they’re successful at it. I can’t tell you the number of successful healing teams I’ve heard about! They’re everywhere, and best of all, NOT just among the leaders, like the book of Acts.

Bethel Church in California reports thousands of documented miracles every time they send their students on outreach. And have you talked to the Healing Rooms movement recently?

Besides, I’m not sure I want more “Ananias & Sapphira events.” It’s my private opinion that even when that happened in Acts, it was an error, and not the will of God, but that’s another story. Surely it won’t be best for folks to fall dead in our meetings, when nobody can agree why it happened!

● “But they had all things in common!” I’ll grant that this is an area that we have room to continue growing in. But I am also aware that we’re talking about completely different cultures here. In that culture, if you couldn’t work, you starved to death. In our culture, the homeless guys on street corners make a (meager) living that in most of the world (or in the first century church) would be considered unmitigated wealth. (http://nwp.link/1s8woOt)

This does NOT mean that I propose that we stop helping the poor! Heaven forbid! This means I propose that we quit berating ourselves simply because we still have poor people among us: Jesus said we always would! (Matthew 26:11) 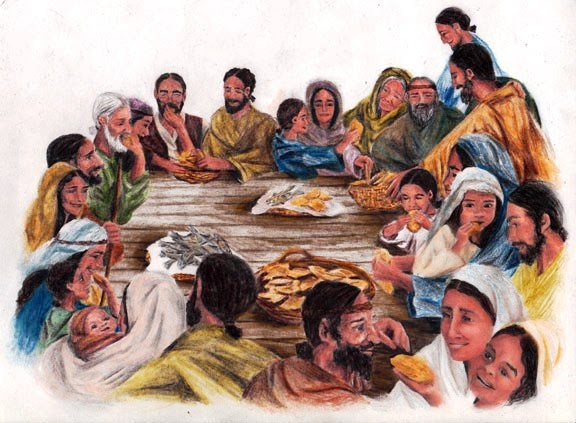 For the record, I know a bunch of people who’ve sold their homes for the ministry, several more than once. I know of others who sold themselves into slavery so that they could bring the good news to those in slavery, and they died in slavery. Most of these folks haven’t had books written about them, so they’re not known as well. But then Jesus taught us to keep quiet about our generosity, yes?

We could go on.

It is NOT my intent to disparage the excellent start that the Church had, as reported in the book of Acts. That was glorious.

What we have now is substantially more glorious. And that, too, is what we were promised. (See Isaiah 9:7)

I have to agree with you. Too many people believe that miracles do not happen today because in many cases they have a preacher that tells them miracles are not happening. My bible does not say the Holy Spirit changes. Born again believers that do not see miracles have not because they ask not. If you believe the bible you just read Mark 16 and believe and act boldly when an opportunity to lay your hands on the sick. The born again believer in Jesus can live a very exciting life here on earth.