I’ve been looking at how the Bible uses the Greek word, ἕλκω, helkō. It’s an interesting word. Fundamentally, it’s about “to draw by inward power, lead, impel.”

Here is the word in use:

• He said, “Throw your net on the right side of the boat and you will find some.” When they did, they were unable to *haul* the net in because of the large number of fish. [John 21:6]

• When her owners realized that their hope of making money was gone, they seized Paul and Silas and *dragged* them into the marketplace to face the authorities. [Acts 16:19]

• The whole city was aroused, and the people came running from all directions. Seizing Paul, they *dragged* him from the temple, and immediately the gates were shut. [Acts 21:30]

• But you have dishonored the poor. Is it not the rich who are exploiting you? Are they not the ones who are *dragging* you into court? [James 1:6]

• Then Simon Peter, who had a sword, *drew* it and struck the high priest’s servant, cutting off his right ear. [John 18:10a] 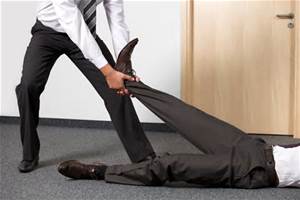 ◘ Think about these examples, the force that’s involved. These are all involving a fair bit of force,
aren’t they? Yanking people or things from where they were to someplace else, without their participation. Interesting. . .

◘ Think about who is wielding the power in these sentences; who’s making things happen here?

Now buckle your seat belt. Let me draw your attention to the ONLY other verses that use this same word that’s used for “haul” and “dragged” above:

I’ve always looked at this statement as if Jesus were talking about gently wooing folks, like warm and fuzzy marketing campaign, or like a young mother with a toddler. “Come on, all people, you can do this! Here we go! Upsy daisy!”

But that’s not the word used here. The word used here is a forceful word. It’s the word that is used in every other situation to describe yanking people or things from where they were to someplace else, without their participation, without asking their permission.

I’ve always been a huge supporter of the idea of free will: God gave us a mighty gift when he gave us free will. But these statements remind me of how powerful God’s pursuit of us is.

I think this might change how I pray some. I might be asking Father to helkō some folks, rather than just gently persuading them.