I’ve been thinking quite a lot about God’s stray sheep for a while. It seems that there are a whole lot of Christians who haven’t darkened the door of a church in years: for one reason or another, they’ve lost faith in the church. It was in that context that I found myself drawn to this passage recently:

“But I [the Lord] will gather the remnant of My flock out of all countries where I have driven them, and bring them back to their folds; and they shall be fruitful and increase. I will set up shepherds over them who will feed them; and they shall fear no more, nor be dismayed, nor shall they be lacking,” says the LORD. –Jeremiah 23:3,4

As I meditated on the passage, I felt something of God’s heart for His people, particularly His lost sheep. I’m convinced that He is very tender towards His lost sheep, His children that have long since quit coming to church meetings. I’m beginning to understand something of what He feels for them, and that helps me understand why He’s so protective of them.

As you read the context for this verse, It’s clear that God is quite upset with the shepherds to whom He had entrusted His sheep, because they served their own needs and not the sheep’s needs. I recommend not making God mad at us. Personally, that does not appeal to me. 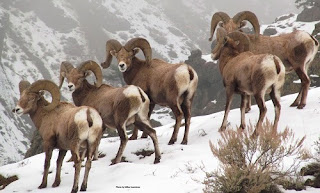 I’m beginning to hear some of His heartbeat for the sheep – the believers – who are separated from the gathered church. And because this is what I do, I experienced it in bullet points. Here are some key points from the verse above:

• God is going to gather the remnant of His flock from all the different places that they have gone; places like “hidden from church,” or “withdrawn into hopelessness,” “given up,” or “just filling the back pew.” The gathering will be His work; we don’t need to advertise for gathering; gathering is not our work, though we probably need to make room for the gathered sheep. [Note that these sheep are coming from wild places, so they’re likely to be unfamiliar to us, both by name and in their mannerisms.]

• The place He’s bringing them back to is their folds. I know too many churches that functionally belong to the pastor, and may others that belong to a board of directors. By contrast, the place God is bringing his sheep is to a place where they belong, a place they can call their own, a place where they have ownership and influence, where they fit in as full-fledged participants, not just as observers, not just as “nickels and numbers.” If we make room for them to sit down and for them to give their tithe but don’t make room for their vision, their passion, their calling, then we’ve completely missed the point of what God’s doing. Note: by definition, this will significantly change the nature of the gatherings.

• When they are gathered in, these “missing sheep” will become fruitful. They will increase. (It does not say that “we” will be fruitful; they will.) In other words, we must make room not just for our missing brothers and sisters, but for their gifts, for the people in their circle of influence, for their ministries. It’s almost a given that we won’t understand where they’re coming from – they’ve spent the last few years / decades in places you and I have probably never been; they ain’t gonna be as shiny and well-dressed as life-long churchgoers, and we’ll be tempted to think that we’re better than they. That would be stupid. We’ll be tempted to make them wait for a season, for us to decide if we approve of them and their ways of doing things, before we release them to minister. That would be a mistake.

• God will set up shepherds over them. In this, I hear a couple of warnings: I can imagine some men and women in pastoral positions setting themselves as “over” the returning sheep. That would be a mistake any time of course (pastors, like all 5-fold ministers, are to serve), but especially so with these sheep who have learned to survive in the wild. God promises to set up His own shepherds over them and I can’t imagine that He needs help with that. We can look to identify those He’s raising up, rather than installing our own people. Perhaps you and I will be among those set by God into those positions, but not unless we’re already shepherding the sheep He’s given us; not unless we’re doing it according to the goals and values that He has described in this passage and others like it.

• Note that the only responsibility mentioned for the shepherds is to tend the sheep. We (assuming that we’ll be involved) are not assigned to direct the sheep, to rush their development or their healing, nor to hinder their advancement. Our job is to feed them. Yes, there are some other responsibilities associated with being a shepherd, but the one that God points out is feeding. We tend to add other responsibilities that are more appropriate for cowboys than shepherds; God is not adding those. Maybe we shouldn’t either, eh?

• God gives a specific goal: “…and they shall fear no more, nor be dismayed, nor shall they be lacking.” Whatever it is that we do with these old-timer newcomers, we need to make it so that they are not afraid, not discouraged, not re-evaluate their decision to re-join the gathered body of the Church. We’re going to need to get rid of those religious spirits we have gotten so used to.

• Let me add this personal note: As God brings many of these people back into the church, we will be tempted to see them as “lost sheep” and want to baby them, clean them up, dress them up and minister to their obvious bumps and scrapes. I believe that if we take that approach, then the best we can hope for is that they don’t kick us in the teeth as they run from us and our “help” for them.

A better image may be to look at ourselves as an army training for battle (an appropriate image for the church any day), and these returning believers as battle-tested warriors, returning from the front lines. We may know more about the theory of battle and the reasons why our weapons are better than the enemy’s. But these warriors have spent the last few decades practicing what we talk about.

Many of them will be like the stereotypical Platoon Sergeant who chews on the stub end of a cigar as he hunts the enemy in the jungle. If you’ve read Tom Clancy, think of the character John Clark. If you’re a comics fan, think of Nick Fury. If you like superheroes, think Wolverine: not so polished as we may like, but the right guy to have at your back in a dark alley full of bad guys.

At the same time, it would be a mistake to vacate our leadership positions in favor of these returning warriors. We must not blindly follow them any more than we would blindly follow anyone else. In this generation, ministry – including the ministry of leadership – flows from relationship. It’s unreasonable and irresponsible to place complete strangers into leadership and then instruct our people to follow them. We need to welcome them into friendship, into relationship. Some of them, like some of us, are more suited for leadership than others, and we discover that through relationship.